For the uninitiated, John Krasinski has started a new channel that will only broadcast good news. He took to Twitter where he asked his fans to help him out with some of the good news that they have come across in the past week. Considering the gruesome times in the wake of the pandemic, John Krasinski has come across like a ray of sunshine that he is! The first video of Some Good News is out and it held a special surprise for all the fans of The Office. 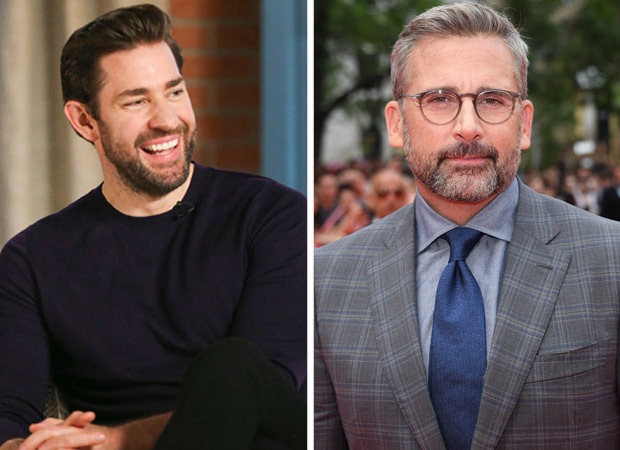 John Krasinski read out some of the wholesome news’ that he came across on Twitter and also called his entertainment correspondent, Steve Carell as they spoke about The Office completing 15 years. From recalling the Dinner Party episode, to the way Jim impersonated Dwight, to the last goodbye that Jim said to Michael on the show, they reminisced the good memories of the show and our hearts are so full with the love that these two have for each other! Steve’s wife, Nancy had also guest-starred on the show as Michael’s former girlfriend, Carol Stills. During their video call, Nancy dropped by to say a hello. John Krasinski has as usual given the best gift to his fans and we couldn’t be more grateful to these two gems.