Ever since its inception, Ghum Hai Kisikey Pyaar Meiin has been enjoying a massive fan following as audiences can’t stop enjoying the twists and turn on the show. While the story actually features the love story of Virat aka Neil Bhatt and Sai aka Ayesha Singh, Pakhi aka Aishwarya Sharma is a third wheel in their romance, the current plot involves Neil and Aishwarya playing husband-wife onscreen too. Now celebrating a year of their marriage, the much-in-love couple posted unseen photos from their big fat Indian wedding that happened in 2021. 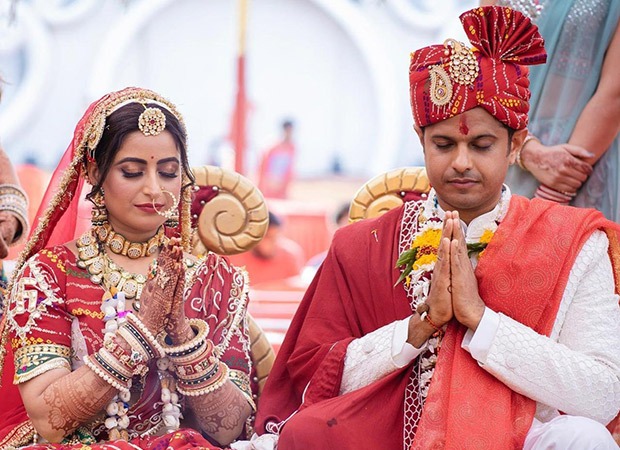 While Aishwarya Sharma and Neil Bhatt never shied away from expressing their love for one another on social media, keeping up with the same, they also shared a very special post on their first wedding anniversary. Readers would recall that the couple tied the knot amidst much fanfare in a traditional style and while they have given us glimpses of it in their earlier posts, the recent one featured some unseen photographs from their wedding ceremony.

Along with that, the romantic Neil also had a lovely message for his Pakhi aka Aishwarya saying, “Its been a year since we got married, seems like yesterday and yet feels like we’ve lived through so much together. We’ve graduated from being friends to companions. We fight with each other and love each other even more, I think that’s the aim, to keep growing ?? growing together. Cheers to that and many more years to come. Love and love only???? Happy anniversary @aisharma812.” Responding to it, his wife and co-star also dropped a comment saying, “Happy anniversary love of my life ?? may our love grow more stronger everyday… love you infinity ??????”

For the unversed, Aishwarya Sharma and Neil Bhatt met for the first time on the sets of their ongoing show Ghum Hai Kisikey Pyaar Meiin. The couple had opened up about their love story and the challenges they overcame during the reality show Smart Jodi where they competed against 10 other popular celebrity couples.