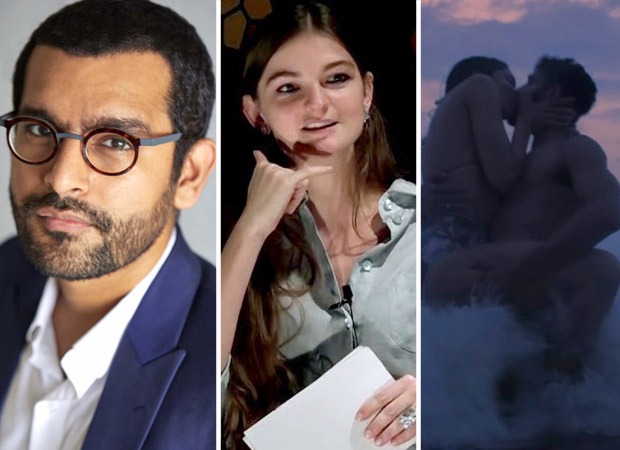 Gehraiyaan Trailer Launch: “We were treating intimacy as a character” – Shakun Batra on importance of having intimacy director Dar Gai for Deepika Padukone-Siddhant Chaturvedi starrer

Gehraiyaan is a relationship drama that looks beneath the surface of complex modern relationships, adulting, letting go, and taking control of ones’ life path. The trailer showcases quite intimate moments between Deepika, Siddhant and Ananya. Interestingly, during the poster and teaser launch, Shakun Batra’s Gehraiyaan became the first major Indian feature film to credit its intimacy coordinator Dar Gai right on the film poster. This was a welcome change and praised by netizens.

Dar Gai, who is from Kyiv, Ukraine, has worked in India for quite a while, is a filmmaker and directed music videos for Ritviz’s 'Liggi' and Prateek Kuhad’s 'cold/mess'. During the press conference, when asked about the importance of crediting Dar Gai on the poster, Shakun Batra said, "Dar Gai is a really good friend of mine. I think just like you know choreography, action, intimacy is today is a very specialized place. You have to create an environment where the actors can feel comfortable, where you have completely thought about everything and prepped for the same, the same way you do it for a song or an action sequence. I was reading about these things in America and in the West, it's become now like a procedure. I really thought that if we really want to start this film afresh and take it in a new direction, we will have to bring in the same things here. My effort was to introduce the same things here, and design a good system for my cast and crew where everyone is comfortable. It's been so helpful."

"Dar Gai has directed a couple of music videos where she directed the intimate scenes. We thought if we are showing intimacy in an Indian film, we wanted to do it not because we wanted to add a shock value. We wanted to take it on a different level. For the same, we needed a new team and a new sort of understanding. So, me, Dar, actors and cameramen, we had become a unit. We were treating intimacy as a character. We wanted to show intimacy the same way, as a character is shown. For the preparation and detailing, it was so important to have an intimacy director. Dar Gai has a big contribution to the film. It was important that we give her the same respect that we give to all HoDs," Batra concluded.

The film features Deepika Padukone, Siddhant Chaturvedi and Ananya Panday in the lead along with Dhairya Karwa, Naseeruddin Shah and Rajat Kapur in pivotal roles. Jointly produced by Viacom18 Studios, Dharma Productions and Shakun Batra’s Jouska Films, Gehraiyaan will have its World Premiere exclusively on Amazon Prime Video on February 11, 2022 in more than 240 countries and territories worldwide.