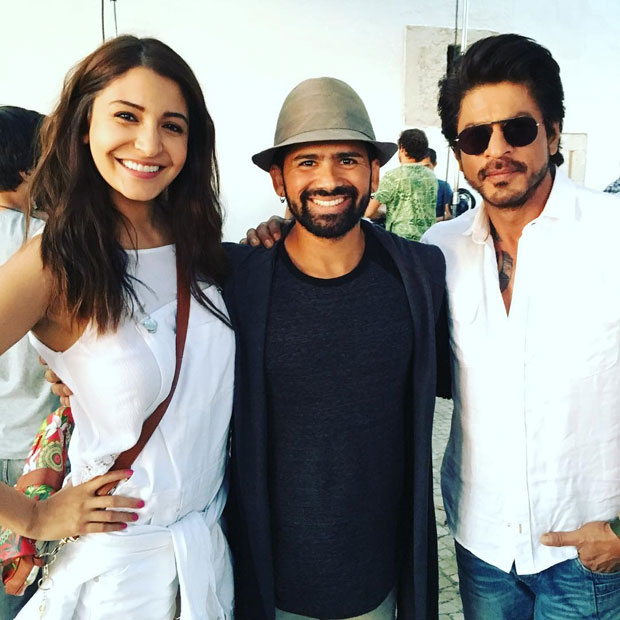 Readers may be aware that Shah Rukh Khan and Anushka Sharma are all set for their third film together The Ring and have started shooting for the same. The popular on screen couple are in Lisbon finishing up a schedule and recently met local choreographer Rudi Ageu.

For the past couple of weeks, fans have been receiving several glimpses of Imtiaz Ali’s film The Ring, as many on the sets pictures have gone viral on social media. Recently, hip-hop dancer and choreographer Rudi Ageu got an opportunity to interact with superstar Shah Rukh Khan and Anushka Sharma and he couldn’t stop gushing about the duo’s professionalism. In fact, he took to social media to share a picture with the two and said, “And so it is...today I finished a great work with these two wonderful professionals. I'm pretty sure that "The Ring" movie will be a success! Was great to work with both of you @iamsrk @anushkaslays #rudiageu #anushkasharma #sharukhkhan #thering #choreographer #choreographerlife”

Besides The Ring, Shah Rukh Khan is gearing up for his much delayed film Raees as well as Aanand L. Rai’s next in which he plays the role of a dwarf. Shah Rukh Khan will also be seen in an extended cameo in Gauri Shinde’s Dear Zindagi where he plays the role of Alia Bhatt’s mentor.  On the other hand, Anushka Sharma will be seen in Ae Dil Hai Mushkil this year, followed by Phillauri which is also produced by her.