Streaming’s breakout star, Ruhi Singh, is all set for the release of her new comedy show, Runaway Lugai’ on MX Player. In 2021, the actor and former Miss India impressed audiences with her versatile performances in the crime thriller Chakravyuh as well as the action series Bang Baang. Ruhi will be seen next in Runaway Lugai alongside veteran actor Sanjay Mishra, streaming sensation Naveen Kasturia and popular Bhojpuri actor Ravi Kishan. The series is directed by Avinash Das (Netflix’s ‘She’). 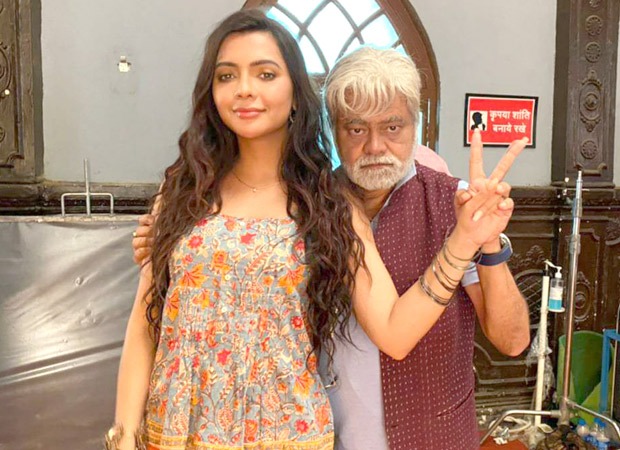 “He would fondly call me ‘chirkut’ which was absolutely hilarious,” says Ruhi Singh on working with Sanjay Mishra

Ruhi was glad that the show offered her the opportunity to work closely with Sanjay Mishra, who she likens to an acting school. “Ruhi has proven her mettle in shows like Bang Baang and Chakravyuh. Runaway Lugai will showcase her in a completely different light. It’s a character she hasn’t done before. She thoroughly enjoyed working with Sanjay Mishra and the duo would discuss movies and scenes in great detail, apart from bonding over a common passion — food,” says a source.

Commenting on the same, Ruhi says, "I thoroughly enjoyed working on Runaway Lugai. It’s a lovely show and I have learned so much from Sanjay sir. Just being around him and seeing his prep before a scene is such a learning experience for a young actor. I was lucky that we had to share the same vanity and I was just trying to imbibe whatever I could. He would fondly call me ‘chirkut’ which was absolutely hilarious and I would break into a laugh every time.”