Actor Timothee Chalamet stars as Paul Atreides in Denis Villeneuve’s Dune. The first look is out and it is quite intriguing as Paul is seen on his native planet of Caladan. 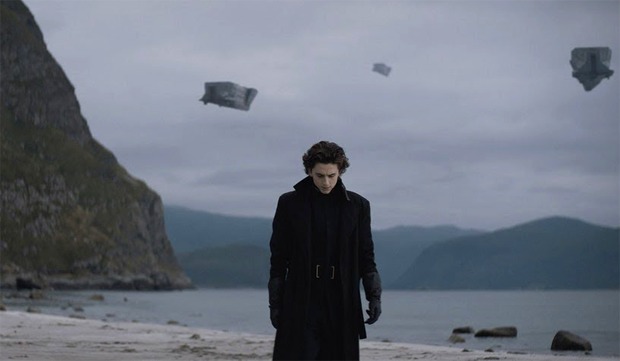 Vanity Fair shared the first look on April 13. Timothee Chalamet told the magazine,  “The immediately appealing thing about Paul was the fact that in a story of such detail and scale and world-building, the protagonist is on an anti-hero’s-journey of sorts."

"He thinks he’s going to be sort of a young general studying his father and his leadership of a fighting force before he comes of age, hopefully a decade later, or something like that.” Chalamet further told Vanity Fair.

#DUNE FIRST LOOK: It's time to return to Arrakis. In part one of our preview of Denis Villeneuve’s adaptation of the epic sci-fi novel, get an exclusive look at Timothée Chalamet as protagonist Paul Atreides. Full story at the link in bio.

Legendary Pictures will release Dune in theaters on December 18, 2020.

#DUNE FIRST LOOK: Welcome to Arrakis. Filmmaker Denis Villeneuve will bring Frank Herbert’s legendary sci-fi novel to life with not one, but two epic films: “I would not agree to make this adaptation of the book with one single movie,” Villeneuve tells V.F. “The world is too complex. It’s a world that takes its power in details." At the link in bio, get an exclusive first look at Timothée Chalamet, Zendaya, Jason Momoa, Javier Bardem, Rebecca Ferguson, and more in the upcoming adaptation. ????: Chiabella James / @dunemovie