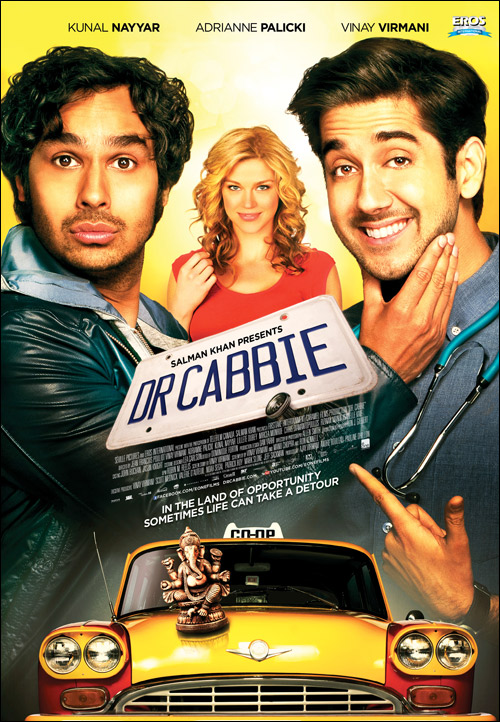 After the success of his earlier production Chillar Party, Salman Khan has his next production lined up titled Dr. Cabbie. The film tells the story of a newly arrived immigrant doctor in Canada, played by Vinay Virmani, who can't get a job and is forced to become a taxi driver. He becomes a local hero when he converts his taxi into a mobile medical clinic.

Bollywood Hungama gives its surfers a peak at the poster of the film. Directed by Jean-Francois Pouliot, the film features Vinay Virmani, Adrianne Palicki, Kunal Nayyar and Isabel Kaif.

“You’re really stepping up on your fitness…