Netflix unveiled the first look at its highly anticipated live-action adaptation on The Sandman on September 25, at the TUDUM: A Netflix Global Fan Event. Neil Gaiman (Author and EP), Tom Sturridge (Dream), and Kirby Howell-Baptiste (Death) revealed a mind-bending and visually captivating first look based on the comic books created for DC by Neil Gaiman. Now, Netflix has unveiled the first look of Game of Thrones star Gwendoline Christie as Lucifer. 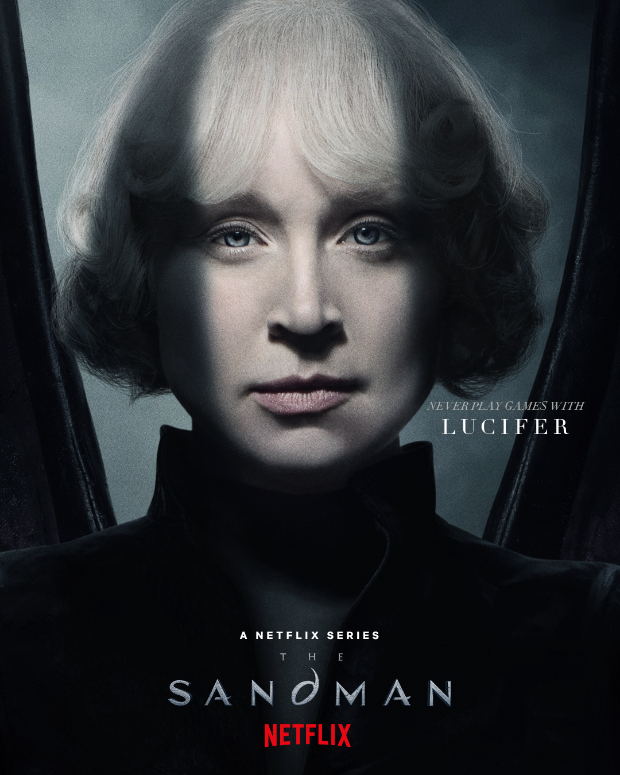 At the DC FanDome event on October 16, Warner Bros. and Netflix unveiled the first look of Gwendoline Christie as Lucifer in The Sandman TV show. The poster is accompanied by a warning that reads, "Never play games with Lucifer." The second poster focuses on Lucifer's black wings with the tips resembling the heads of ravens.

What power have dreams in Hell? pic.twitter.com/vKe702eghG

According to Variety, "The story follows Morpheus after he’s escaped 105 years of imprisonment on Earth by occultist Roderick Burgess (Charles Dance) who, when attempting to capture Death in 1912, captured Dream instead. Upon his escape, Dream must reclaim the three totems of his power — his pouch of sand, his helm (which looks like an elaborate gas mask), and a ruby — before he can reconstitute and rebuild the dilapidated Dreaming world."