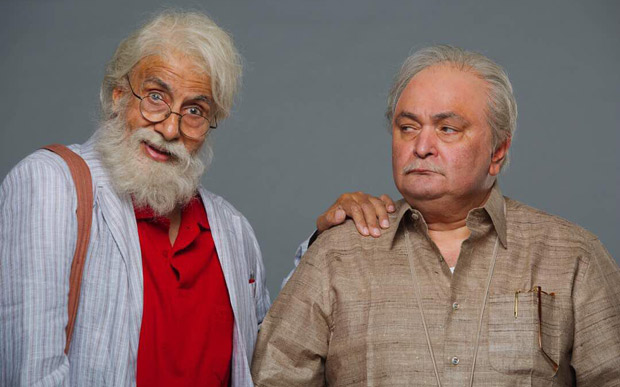 26 years later since they last came together in the Shashi Kapoor directed oddity Ajooba, Amitabh Bachchan and Rishi Kapoor are all set to reunite for another film. This time, they will star as father and son in a unique satirical take at the generation gap called 102 Not Out.

The film will be directed by Umesh Shukla and the shooting has commenced in Mumbai. 102 Not Out is based on a hit Gujarati play with the same name. It is a story of 102-year old Dattaraya Vakharia who at his age continues to spin aspirations and dreams, while his cynical son the 75-year old son Babu is cautious and cynical.