Vivek Agnihotri: “It depends on what kind of person you are. If you believe whatever love, fame and money you are getting is only because of your talent then you can chose to pray in Dubai. But if you believe that whatever you are because of your society and the generosity of our people then you will have gratitude in your heart. And such people try to give it back to the society by using their status and influencing power for the benefit of society. Both Me and my wife spend most of our time in giving back to the society as we feel whatever we have it’s due to the society.” 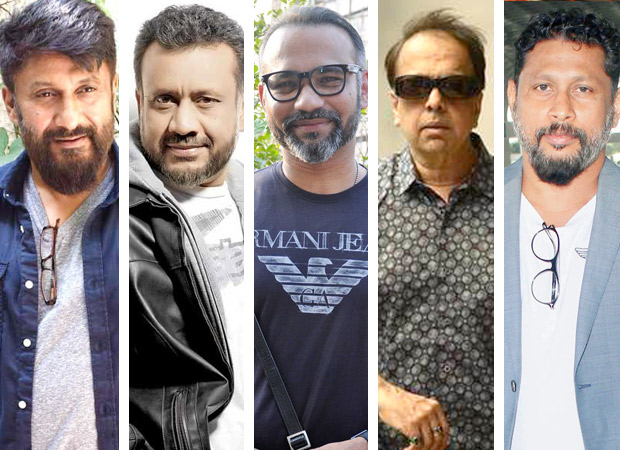 Anubhav Sinha: “Of course they do. Some more than the others but isn't how that the society works at large. Some speak louder than the rest? In fact I feel Actors and Film personalities get accused of not speaking more than any others. We don't ask this question of our cricketers or painters or any such. This is always an individual choice that any professional makes and should have the liberty to make and should not be judged for the same.”

Apurva Asrani: “Many of them do.Farhan Akhtar walks the talk with his organisation ‘MARD’. Imran Khan is vocal about gay Rights and protection of stray dogs. Amitabh Bachchan uses his clout to speak about Hepatitis B, and Deepika Padukone has been vocal about dealing with depression. Then there are film personalities that only pick issues that relate to their upcoming film release. Once the promotions are over, the issue is forgotten. It would be nice to see them consistently be agents of social change, with or without a movie to promote.”

Khushboo: “No they are not cocooned...many voice their opinion…but unfortunately it escalates into something that is not to be...they are targeted when their films are on the verge of release or personal attacks fly like fireworks. Thus many there prefer to remain silent. We are going back to stone age…such is the regression in the society today.”

Abhinay Deo: “I believe actors and film personalities must use their art to help contribute to society. As artists it is their creativity that must ideally have a certain messaging or social comment attached. A good actor or director might not necessarily be a balanced opinion maker. She or he can't be held ransom to that. They are not legislators. Moreover these days stars are under tremendous scrutiny and often misinterpreted and eventually trolled which is perhaps why you have more and more film personalities shying away from speaking their mind.”

Anant Mahadevan: “Voices are conveniently positioned to coincide with film releases making actors sound like socially committed people. On other occasions it is a personal image building exercise. Very few actors do it incognito. We are still to have a Jane Fonda or George Clooney in our midst a few like John Abraham are genuine about their cause for animals but others carry their vegetarianism like some fashion statement. How many of them can swear to never eating non veg?”

Baabul Supriyo: “If they wish to, they can make a huge impact. Stars are big with massive following, many of whom are worshipped. They can easily garner immense attention should they promote any social cause which even crores worth of PR cannot. Many Stars use their Star Powers to help the society and there is enough inspiration/examples out there for others to follow. Also, I think today everyone is very aware and I believe most stars in modern days are not at all “Cocooned in their own reality”

Shoojit Sircar: “Not at all. I do it when I feel required.”