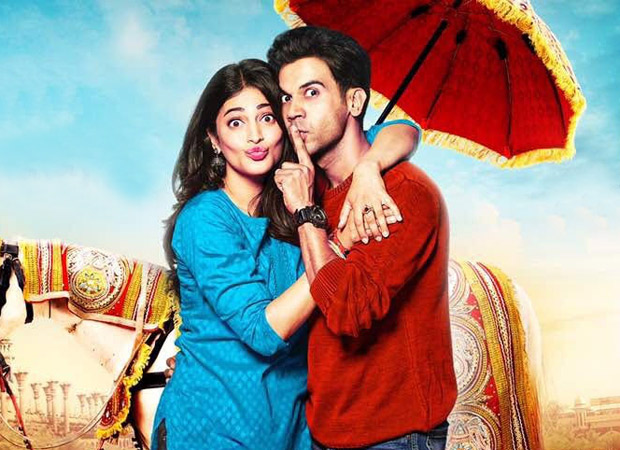 "India is a democratic country and like everyone we too have a freedom of speech. The last few days have been stressful to put it mildly. A teaser poster release only digitally has become the fodder for some people to gain mileage. We obviously didn't want to hurt religious sentiments but the way this all transpired has truly let us all down and deflated. We hope our stand of not bowing down to this bullying goes on a big way," said producer Amul Mohan whose film Behen Hogi Teri is in the midst of controversy due to a poster where Rajkummar Rao is shown to be in the avatar of Lord Shiva. The most bizarre incident happened when one of the producers of Behen Hogi Teri, Tony Dsouza was arrested by Punjab Police for hurting the 'sentiments' of people. No one gets arrested when the film industry is attacked relentlessly. In a television debate Javed Akhtar Sahab had said that in the 'sensitive times' that we live in today, he couldn't have even thought of having the Sholay scene where Dharmendra is trying to woo Hema Malini in a Shiva temple.

Apart from the over sensitive times that we live in, the tried-n-tested formula for some free-publicity-seekers to gain mileage by creating a controversy where none should exist works easily. There were open threats issued to the Ae Dil Hai Mushkil makers and nothing was done to curb the madness of the lumpen thugs. We have seen what happened with Dilwale when the screenings were not allowed at several centres. What happened with Padmavati and Sanjay Leela Bhansali was gruesome. The shooting is going on right now but whether the film will release and what sort of 'compromises' will it have to make is anybody's guess. The security is a big question mark and the only 'help' that one can get is by succumbing to political patronage.

In the wake of the exorbitant 28% GST for the film industry and by placing the film industry with gambling and alcohol, another body blow has been smacked. The regional film industry which was either tax free or very limited tax was imposed earlier will have major concerns. Will anyone pay heed? The way things have been tackled with regards to FTII or the gory censorship woes; there is a slim chance of any help coming by.

I interviewed Arjun Kapoor recently and with regards to GST, Arjun said that, "Our country's Government is giving us no respect." There were a few tweets that brazenly said that with all the range rovers that the film stars flaunt they might as well flush out taxes. The fact is that a very small percentage of films do well and there are very few actors who are really rich. And why put the movie industry on the dock like this when rich businessmen are given massive loans and they are also provided with a luxury to be exempted from paying the full amount.

The most heart-breaking part is the lack of unity in the film industry because of which they are always taken for a ride. In spite of being soft super power because of the tremendous impact that they have on the collective consciousness of the society and on Asians living abroad, the film industry is treated shoddily and the industry themselves is responsible for it in a big way. Some of the actors, filmmakers and singers have all the time in the world to espouse for 'causes' but they don't do anything to help their own people. They are happy with the 'help' that they are getting to run their side businesses.

The dark clouds are looming large on the movie business. The GST load may mean nominal profits for producers (and even losses) and the lack of security and the handicap in expressing what they want to say is hampering the film industry in a big way. It's a wakeup call. Take a stand unitedly or look for other businesses.