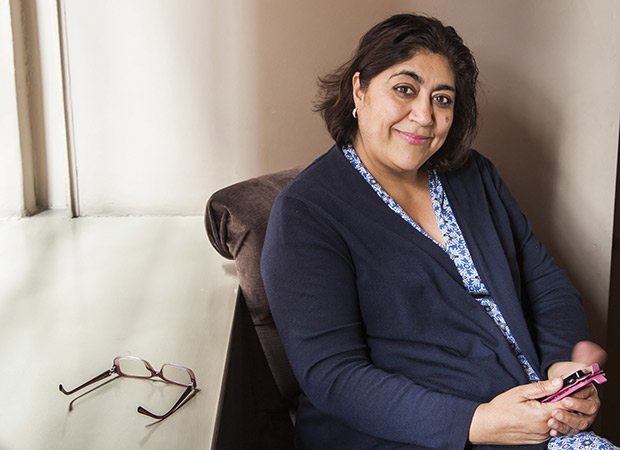 Best known for her crossover films Bend It Like Beckham and Bride & Prejudice, director Gurinder Chadha is now bringing her latest outing Partition: 1947. The film has been in news since it brings to fore what truly transpired before the decision to divide India and Pakistan was taken back in 1947. While the film is releasing on the 70th anniversary of India's independence from the British and arrives on 18th August, the makers are now shying away from declaring loud and clear that there was a big international conspiracy (and not the infighting between the Indians) that led to the decision of partition.

We get into an EXCLUSIVE chat with the filmmaker.

The film's timing couldn't have been more perfect. After all, it is coming just 3 days after India celebrates its 70th Independence Day anniversary, right?
Yes that’s right and it means a lot to me to have made a film about Partition in India. I think it is essential that we know our history and pass those stories on to future generations and although Partition happened 70 years ago this month I never figured just how relevant the film would be to today’s world of Brexit, the building of walls and the politics of division.

Moreover, the promo pretty much proclaims loud and clear that the film further unearths a conspiracy like never before. Do you wish to elaborate on that?
My film is based on Top-Secret British documents that look at what Britain and America had to gain from the Partition of India and the creation of Pakistan. As part of my research I read Narindra Singh Sarila’s The Shadow Of The Great Game, which exposes these Top Secret Government files that had been sealed for fifty years. These documents show that the decision to divide India was influenced by the World Map and who would retain power in the region.

However, when a tale like this is told, it not just opens up the wounds faced by India and Pakistan; it also challenges anything and everything that the British have told over the decades. You prepared for that?
Most people in the world have no idea Partition even happened. At school, the little I was taught about partition claimed that it happened because Indians were fighting amongst ourselves and the British has no choice but to divide the country because of the communal violence between Hindus, Muslims & Sikhs. So it was somehow our fault. What I realized during the research is that the history that I had been taught was a complete lie. Partition was not about neighbours suddenly attacking each other after living together for centuries. It was a political act done deliberately for British strategic interests in India and the region.

The film is also one of the rare political dramas to come towards this side of the world, and moreover for you too it is a first experience of its kind (at least for the Indian audience). Please share your experience.
This film is an intensely personal subject for me because my family was dramatically impacted by partition. I wanted to make this film to find out why my family had to leave their home and become refugees. My ancestors are from Punjab (in the region which is now part of Pakistan), but I grew up in England and didn't have an ancestral homeland to call my own. So the shadow of partition has been with me for the whole life. My family rarely talked about partition because it was so raw and painful but my grandmother who lived with us was traumatized by what happened.

In fact at the core of it all this is expected to be a hardcore dramatic tale. However, will that also result in several wounds from the era gone by being reopened?
My purpose in making this film is I want people to be talking about partition, whatever their perspective, so we can ensure tragedies like this don't happen again. If wounds aren’t addressed, they fester. My film is about showing our collective humanity - everyone suffers when Politicians put national interests above the lives of ordinary people.