Sanjay Dutt and his wife Maanayata Dutt are parents to the lovely twins- Shahraan and Iqra. On this father’s day, Sanjay Dutt is away from his wife and kids as they had gone to Dubai before the lockdown started, while the actor is in their Mumbai home. However, Maanayata Dutt revealed that despite the distance, Sanjay Dutt always makes sure to be there for her and the kids. 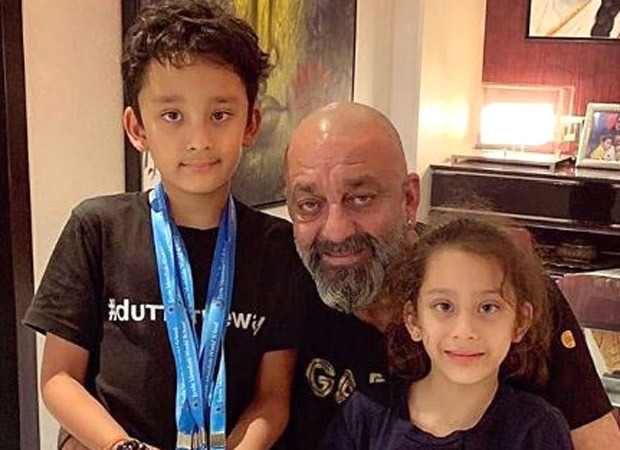 “With the kind of profession Sanju is in, he only tries and finds time to spend it with the kids and me to the fullest. Even with his back to back shooting schedules, it never feels like he doesn’t have time for Iqra and Shahraan, he always makes sure to video call us when he’s away and makes time to speak to them. Even now, although it’s unfortunate that he is stuck alone in Mumbai whereas we are here in Dubai, we feel closer than ever, the distance doesn’t matter. We are always talking, he’s helping the kids out with their routine and making sure he’s being there for them. That’s just the kind of father Sanjay is,” says Maanayata Dutt.

Meanwhile, a few days ago, Sanjay Dutt shared a throwback picture of himself happily posing with Maanyata and the kids. Sharing the image, he wrote, “I miss them so much. To everyone who is with their families right now, cherish them.”

I miss them so much❤️ To everyone who is with their families right now, cherish them!