Farhan Akhtar is usually not the type to wear his heart on sleeve but well that has changed now. After all, who can hide true love right? Farhan took to Instagram just as we speak to share a picture of his lady on his arm. And well, they do look pretty handsome together. It is a candid pic with Farhan walking the streets of London with Shibani holding his hand and casually looking at the camera. They look made for each in this picture and we are so glad that the two have made it official on social media. Their relationship was like an open secret in the industry but this picture just confirms this contention. Shibani was in the news since last two days after she spoke about the Me Too movement and supporter her beau. With Farhan’s cousin, director Sajid Khan’s coming up in the list of sex offenders, Farhan condemned him. Shibani reacted on this unfortunate turn of events and said that Farhan was unaware of Sajid’s behaviour and hence should be excused. 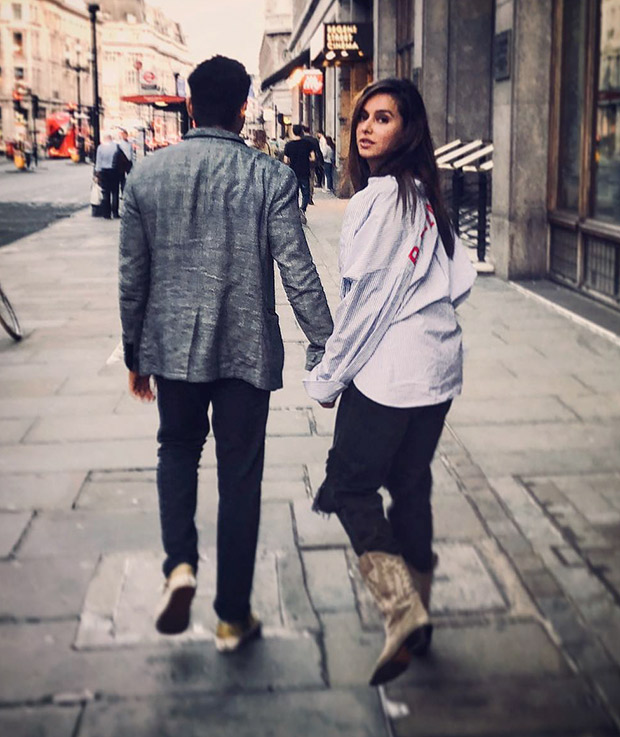 Many people got infuriated including actress Amrita Puri and blamed Farhan for not taking cognizance of Sajid’s offence since so many years, despite being the same family. Farhan denied knowing anything about this and so did Shibani. She wrote, “He can’t be held accountable for something he didn’t do or know of .. we need to focus on the girls and stop with the blame.” It is now clear that Sajid will not be excused from this offence and he has been asked to step down from directing Housefull 4 by Akshay Kumar and the producers of the film until he is proven innocent.

Farhan is currently in London where is shooting for The Sky Is Pink with Priyanka Chopra and Zaira Wasim.