A few days ago, an FIR was lodged against Farah Khan, Raveena Tandon and Bharti Singh after they allegedly hurt the religious sentiment of a specific community, at a TV show. Sonu Jafar, the President of Christian Front in Ajnala, filed the complaint at Anjala police station. This followed with another FIR, registered by the Ferozepur police. 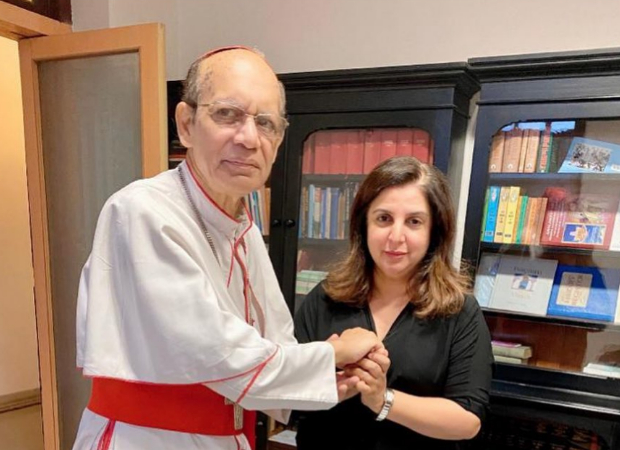 Raveena and Farah, on that context, met Indian Cardinal of Roman Catholic Church, Cardinal Oswald Gracias to apologise for their remarks. The incident had taken place on the sets of Flipkart Video Original’s quiz show Backbenchers which features Farah as the host. The episode has also been withdrawn.

"To Err is human .. to forgive divine. ♥️YOUR EMINENCE CARDINAL OSWALD GRACIOUS.. your blessings meant the world," Farah wrote, sharing a photo from the meet.

Dr Abraham Mathai, president of Indian Christian Voice, has reportedly accepted the written and unconditional apology from Raveena and Farha's end. Bharti, however, was nowhere to be seen. Raveena, earlier, had apologised on Twitter while clarifying that she made no mean remarks about any specific religion or community.