Streaming giant Netflix has been producing and releasing films on their platform for a while now, and continuing with the same tradition is their next movie Extraction. Starring Chris Hemsworth and Randeep Hooda, the film boasts of an action packed story. We at Bollywood Hungama managed to get early access to the film, and here’s why we feel Extraction is definitely worth a watch. 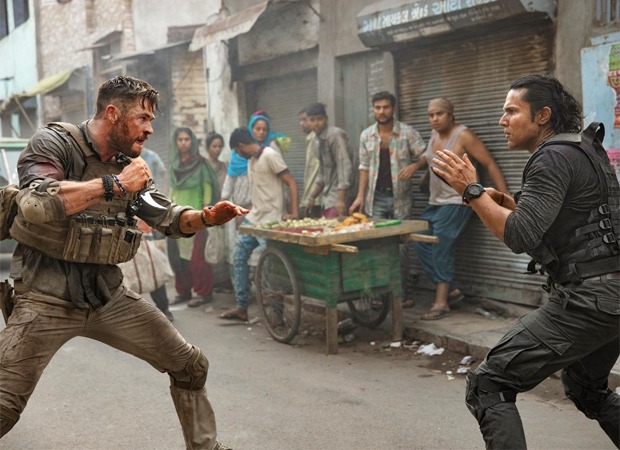 1. Action Blitzkrieg: Extraction starts off by setting the story of the film within the first few minutes, after which the viewer is thrown headfirst into the throes of action. Right from the word go, Extraction features some high octane stunts, well-executed gunfights and precise hand to hand combat. For an action film lover, this movie will certainly be one of those meant for repeat viewing.

2. Well scripted yet basic: Films and filmmakers always trying to make plots and storylines that engross the viewer, but with Extraction, the makers chose a different path. Keeping the story simple has given director Sam Hargrave ample scope to focus on the action part of the film which covers almost 80% of the runtime. This simple storyline also lends the film another advantage, keeping a single goal to achieve enables all characters to move ahead in unison despite featuring different story arcs. This gives the viewer the feeling of watching a mission being executed, at the center of which sits the viewer.

3. Stellar research: Being a film shot extensively in a different country, while also featuring three languages (English, Hindi, and Bangladeshi) the makers of Extraction have done extensive research into the location, language, and setting. This research is visible in the realistic locations the film has been shot in.

4. Performances: Chris Hemsworth has done an incredible job with his performance, starting off as a disinterested mercenary devoid of feelings; his transformation into an individual who cares is well depicted and subtle. Randeep Hooda too has done a good job, with immense screen time (surprisingly more than David Harbour). Hooda comes across as being a parallel lead in the film.

5. Execution and editing: Tight camera work, well-executed stunts, and brisk editing keep the pace up. Despite having a simple storyline, Extraction does not let the pace drop, keeping the viewer in his seat. Joe Russo has done a brilliant job with the screenplay modulating between intense action sequences to brief respites of calm at precise intervals.

On the whole, Extraction is definitely worth a watch for the action fanatics. The film will keep you in your seat, with a gritty, edgy story of an underworld gun- for- hire becoming an unexpected saviour.