Taapsee Pannu last appeared in Anubhav Sinha's Thappad, a film that managed to stir the audience, thanks to its representation of a woman who takes a strong stand for her ownself against domestic violence. It was in this regard that many comparisons were drawn between her film and Shahid Kapoor's Kabir Singh. Taapsee, who is spending her lockdown period with sister Shagun Pannu in Mumbai, indulged in a candid conversation with Bollywood Hungama recently. Fans had plenty of questions to ask her, and one of them wanted to know why she was critical of Kabir Singh, given that she herself played many flawed characters. 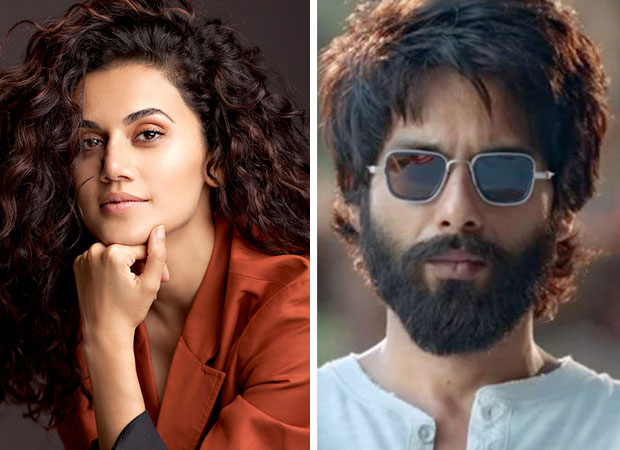 Responding to it, Taapsee explained how she wasn't opposed to the idea of playing a character with grey elements, but would not prefer celebrating it. "I am all in for gender equality. I don't have a problem in playing greyshades. I have played an antagonist also, in Badla. But you know, the problem is, you should not be celebrating it. In Badla, had I escaped by the end of the film and Bachchan sir's character would be caught whereas I would roam free and get everything I wanted in life, that would have been wrong. So I guess that's the difference between a Kabir Singh grey/toxic character and the toxic character that I am okay playing. Don't celebrate it. And again, I've never imposed my opinion on people. I am just saying, that I don't like it, and I didn't go to watch it," she said.

The actor added that she wasn't telling other people whether to watch or not, but would not approve the celebration of toxic masculinity herself.

Taapsee is to be next seen in Aanand L Rai's production Haseen Dillruba.