Writer-Director Suparn Varma joined the team of The Family Man 2 in 2019 when season one of the show was still being edited. At that point in time, the makers were fully unaware of what a massive success and fan following the show will go on to have. Suparn joined as one of the writers of the series and also directed five out of the nine-episode of The Family Man season 2. The series revolves around the life of Srikant Tiwari essayed by the brilliant Manoj Bajpayee, a TASC agent, who tries to maintain a balance between his demanding job and his family including his wife Suchitra played by Priyamani and kids Dhriti and Atharv. 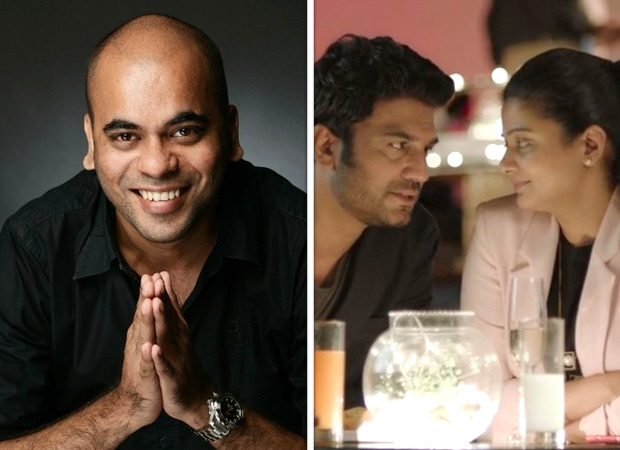 One of the plots of season one of the show revolved around Suchitra’s close friendship with her colleague Arvind (Sharad Kelkar) and them attending a conference in Lonavala together. Despite several twists and turns and a cliffhanger, a section of the fans were rather curious to find out ‘What Happened in Lonavala?’ between Suchitra and Arvind and were hopeful of finding an answer to the question in season 2.

After season 2, Suchitra and Dhriti’s character also received a lot of hate from a section of people on social media. When Bollywood Hungama caught up with Suparn Varma, we asked him about Suchitra’s character in the show, and was a negative reaction towards her ever expected. “Absolutely not, Suchi is the wronged one. She has an absentee husband who is never at home, who is never there for her emotional needs. For me, it also speaks about the world we live in where she is one ended with Delhi which is on the verge of dying because of the gas leak. Milind or Zoya may be alive or dead, we don't know. But the only question people asked is - ‘What Happened in Lonavala?’. It reflects the mentality. Priorities are very different. They are more concerned about what happened between Suchi and Arvind. So, we decided to not answer it. We have not answered it in this season about what happened in that room," he said.

"We were just astonished because we just gave you the biggest cliffhanger of all. There is the capital of India that might be wiped off by a gas leak. We gave you two characters who might live or die but you want to know what happened in the closed room. For me, Suchi is a very real person. Here is the thing, is Srikant Tiwari an ideal man? No, he is not. He is a flawed man. He might be great on the field, but at home, he can’t control his kids, he can’t provide the support his wife needs and she is a real woman. And in a way that is the reason these characters connect and evoke strong reactions because they are real. It comes from a real space. We have not tried to show them as the ideal. This is a typical real-life family. Things happen and we deal with it and we move on in life. For me, Suchi is an amazingly strong woman and she is who she is. But the minute we start judging her, then my question is, are you coming from a space of what happened in a room in Lonavala? Then you need to get your priorities right," Suparn went on to say.

Further explaining his point, Suparn said, "I want to ask one question. If we switch places and it was Srikant Tiwari instead of Suchi in a room with a woman, would they even be bothered? If a man does it it is okay, if a woman does it or does not do it, either or just the suggestion of it is getting people riled up. My question is very simple. Then Delhi would have been important. People wouldn't have been bothered."

ALSO READ: “I receive hate mail and a lot of negative comments too” – Priyamani on being so rough on Manoj Bajpayee in The Family Man 2