Not all heroes wear capes, and not all heroes let the world know about their achievements. This became evident yesterday when a video of a digital media company Vice went viral. It was from a video, uploaded a week ago, of women of Nepal rescued from human trafficking. The video showcases Charimaya Tamang, founder of Shakti Samuha, an organization that employees survivors of sex trafficking and helps in their rehabilitation. She speaks that she was trafficked to Mumbai from her village and that on February 5, 1996, she and hundreds of other women were rescued by police and social workers. The Nepal government had apprehensions taking them back as many of these women didn’t have citizenship proof. She then reveals that actor Suniel Shetty helped in arranging for a flight for 128 rescued girls and that he helped in ensuring that they reached back to Nepal safely. 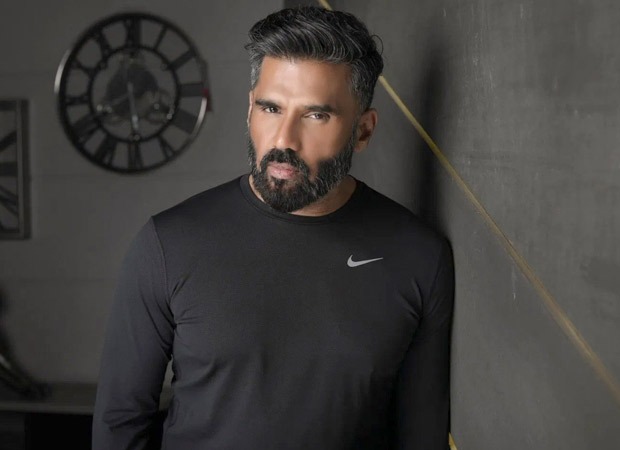 EXCLUSIVE: Suniel Shetty REVEALS how he helped in RESCUING & AIRLIFTING 128 trafficked girls in 1996

Naturally, what the veteran actor did was no easy feat. To arrange for flight tickets for as many as 128 women that too 24 years ago when flying was expensive is quite commendable. When Bollywood Hungama exclusively spoke to Suniel Shetty about this episode, he humbly made it clear that he alone didn’t carry out the operation and that he had the support of the police, social workers and most importantly, his mother-in-law, Vipula Kadri. Suniel says, “We didn’t really think about the price of flight tickets. The cost was not that important. It was the effort that counted. My mother-in-law started the ‘Save The Children’ NGO and it’s active even today. All of us are involved in it. The inspiration comes from her. Talking about this episode, she was the one who decided to take the risk of rescuing the girls and thereby getting into the bad books of the mafia. I used to passionately and closely work with her. And not just us, but the efforts of Mumbai Police and Naresh Goyal’s Jet Airways all played a big role. My name however comes to the fore, possibly because I am an actor. So more than the others, the rescued girls tend to remember me more. Lekin mehnat bahut saare logon ki thi. Paiso se zyada humne jigar dikhaya ki in bachchiyon ki madat karenge aur itni bade mafia se takkar lenge.”

He exults, “Mumbai Police supported us in full swing. Even Jet Airways – overnight, they arranged for flights and got the girls in the flight. All this was done smoothly, amidst tight security. Ispe ek film ban sakti hai!”

The question does arise, however, why this historic episode never come to be known to public or why they never talked about it. Suniel explains, “Firstly, we didn’t want to glorify ourselves. It was not right as these girls were involved. Secondly, yeh aisi gandi mafia hai ki kabhi chodti nahi hai. Jitne low profile mein operation hone ki zarurat thi, waise hi hua. Hence, nobody even knew about this incident. Nobody – neither me or my mother-in-law or Naresh Goyal or Mumbai Police – decided to speak about it for the safety of the girls. Even today, ‘Save The Children’ helps such girls and gives them vocational training.”

Speaking of mafia, it’s quite dangerous to come in their way. Was there any threat? Suniel admits, “100%! But Mumbai Police gave us all the support. Also, the Shiv Sena government was in power then and they also assured us of safety. And, Shetty ka baccha hoon yaar! We had support among our people too. Darr naam ki koi cheez nahi thi. My mother-in-law however had police protection.” He adds, “But the process was smooth. I wish I could do something like this today,” lamenting that in today’s social media era, the possibility of the operation details getting leaked out is high.

This episode brings to light how our actors, often perceived to be selfish and not caring about society, have actually done a lot for the betterment of the world. Suniel Shetty opines, “Actors are often run down and people complain that ‘hum kuch karte nahi hai’. Lekin 90% actors ki khoobi yehi hai ki woh karte hai aur bolte nahi hai, aur waise hi rehna chahiye. My mother-in-law used to always say that ‘from what we get, we make a living; but from what we give, we can make a life’.”

Before signing off, Suniel Shetty narrates that he got a chance of meeting Charimaya Tamang, the rescued lady who spoke about Suniel Shetty’s involvement. He narrates, “She has been awarded worldwide. 10 years ago, she came to Mumbai and did an interview with me for BBC. While speaking to me, she asked me if I remember her. I said, ‘I am sorry I don’t’. Then she revealed that she’s one of the 128 women whom we rescued. She told me how she has started her own organization and her achievement. I didn’t know how to react! It was a special moment. But again, it was spoken just among within the four walls and was forgotten. But now, after Vice covered, people have started knowing about it.”

Content Warning: Human Trafficking is the world’s second-largest criminal activity and it rakes in close to $32 billion dollars annually. And, in South Asia, Nepal, India, and Bangladesh top the list of countries where this vile trade is literally making a killing. In this documentary, our focus is the Nepal-India border as we try to figure out why and how do close to 50 Nepalese women disappear from that border area every day. Head over to the link in the bio or our IGTV, for the full video.

Also Read: Suniel Shetty gets his meme game on point as the lockdown extension is announced