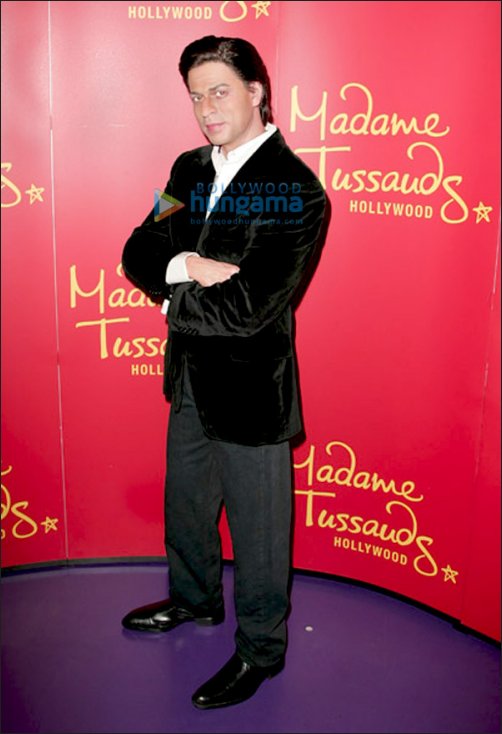 Baadshah of Bollywood- Shah Rukh Khan may by busy touring the country promoting his upcoming film My Name Is Khan but many miles away, yet another honour is being bestowed upon him. The newly opened Madame Tussauds wax museum in Hollywood, Los Angeles, unveiled SRK's wax statue at a grand event yesterday (Jan 28, 2010).

While King Khan already has his wax statue at the Madame Tussauds in London along with other Bollywood stars, he is the first and only Bollywood actor whose statue is present at the Madame Tussauds in Los Angeles. However, his wax statuette here would be kept for a limited engagement only till the 30th of April. The buzz is that the statue cost a whopping $ 3,00,000 to make.

While King Khan himself couldn't be present during the unveiling, the function was a grand event with an appearance by America's premier Indian dance company and recent America's Got Talent contender, ISHAARA.