Showbiz has taken a huge hit since the Coronavirus pandemic. Films have been postponed, productions have been halted and in the wake of lockdown, there's a lot of uncertainty on whether theatres will open soon or the audiences will go to the theatres. Arjun Kapoor spoke to Bollywood Hungama recently about how the industry has come to a standstill and what it means for the film industry in the coming months. 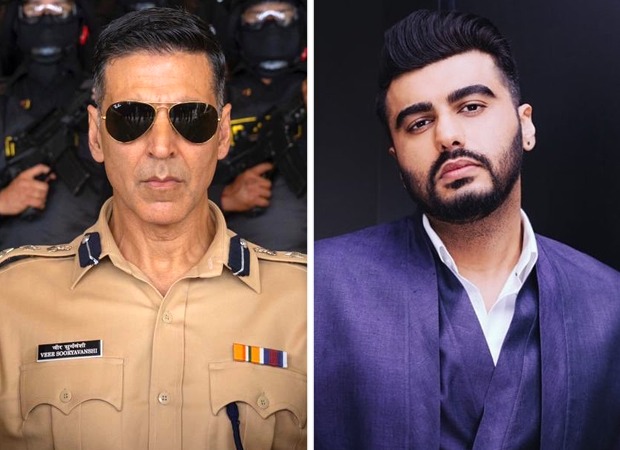 Speaking of whether films will go straight to digital platforms especially the ones that are not big-budget, he said, "I'm a firm believer that people will come to theatres but it will take some time. In terms of Disney, there have their films on their own app/platform. When it comes to our films, a lot of it is triggered on the basis of recovery of the box office. The better the films do in theatres, the more money it makes on digital or satellite. A lot of actor payments are dependent on that box office. A lot of the recovery is based on how the films will do in theatres as an MG. A lot of these deals will have to be revisited and people will have to sit and acclimatized to the new environment and take a call."

He further added, "Producers in the industry are not doing just one film and just sell it. They are looking at doing a bunch of films and you don't want to sell one film at a lesser price and then drop the price of every other film. The digital platforms will also pause and understand the audience mindset at one point before acquiring the films. If there is no demand and we supply them with films, they'll have enough material that they won't require anything for six to eight months. It's a situation for you to wait and watch and understand the market."

Arjun Kapoor also said that the streaming services have changed the way we view content. "Having said that, I feel, this is my belief that, the quality of the content that reaches the theatres that will get greenlit and will be made now, there will people and audience and their mindsets will also change and say 'I don't mind direct to the digital platform also.' Amitabh Bachchan did Kaun Banega Crorepati which changed everything for TV. A few years ago, Kevin Spacey did House Of Cards for Netflix when we hadn't even heard of the platform. I feel in India, we have Sacred Games and Mirzapur and The Family Man has helped. But I feel this time there is also better content that can go straight to the digital platforms because there is an audience that can use the content far better rather than the big screen. I feel a lot of films will be made with the agenda to coming on streaming service rather than going for a big screen."

"I think we can sustain waiting until May or June. But, if the theatres don't open till January then it's a problem. Everybody will have to figure out a new way of going forward. I think right now people are working on the estimation that, post-August, we will have some semblance of a belief that we can't start figuring out social life. I think we are observing the west and when the theatres open there and how life happens there. So yeah some producers might think that yeah we can go straight to digital. That's fine. I think I am talking about tentpole films like summer and festive blockbusters," he said.

Arjun said that he would like to watch films like Sooryavanshi on the big screen. "For me, Sooryavanshi is a film that I want to see in a theatre, there are certain films, Hindi films, are meant to be watched in a theatre. They've shifted Fast & Furious 9 one year ahead but it will come in theatre. They've not put it on the digital platforms. A lot of the films that have already released that they have put up."

Arjun Kapoor, on the work front, will be seen in Sandeep Aur Pinky Faraar with Parineeti Chopra which has been postponed due to Coronavirus.

ALSO READ: EXCLUSIVE: “We have to wait and watch when the theatres open worldwide before we release big films” - Arjun Kapoor