Taapsee Pannu will be seen in the role of cricketer Mithali Raj in the forthcoming biopic based on the Indian cricketer, Shabaash Mithu. The actress, who has previously featured in several sports films like Rashmi Rocket, Soorma, and even Saand Ki Aankh will be seen in the role of a cricketer in this one. However, considering that she has been a part of several sports films in the past, the actress in a recent interview with Bollywood Hungama spoke being associated so many films based on sports and how sports is like her second personality. 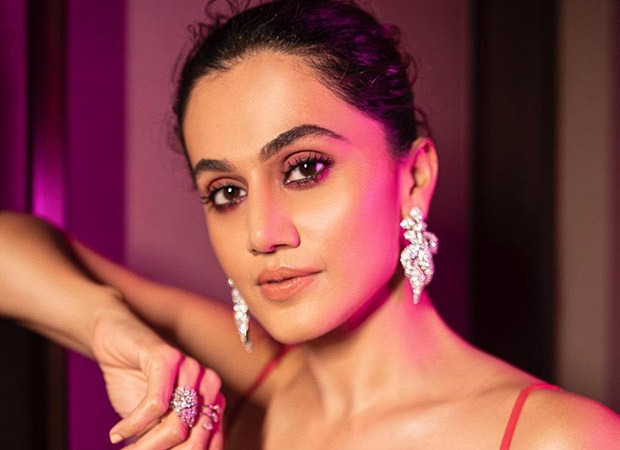 EXCLUSIVE: Shabaash Mithu actress Taapsee Pannu speaks about playing cricketer Mithali Raj; says she is almost forgetting that she is an actor now

In this exclusive interview with Bollywood Hungama, Taapsee Pannu spoke about doing back-to-back sports films. She said, “Aisa time aahi gaya tha iss film ke shooting ke dauran, jahan main bhoolne wali thi main actress hoon – back to back main itna sports ki film karne lagi hoon. Par woh isliye kyunki sports mera second character hai in life. Main bachpan se hi bahut active rahi hoon sports mein – galli wale pithu se lekar badminton, volleyball sab try kiya hai.” (Transl: There was a time during the shoot, where I almost forgot that I am an actress. I have done so many back-to-back sports films. May be that is because sports like my second character in life. I have been very active in sports since childhood. I have tried everything from galli sports like seven stones to badminton, and volleyball.)

She elaborated, “It’s a very organic second personality transition for me to become a sports star onscreen. So the the only effort is required to learn the sports. In terms of personality, I don’t have to work on it much. ” She went on to add, “I have enjoyed sports films so much since childhood, that’s why I guess people keep approaching me for sports biopics. But now I have decided that I won’t be doing any more sports films for the time being because I am almost forgetting that I am an actor.”

Speaking of Shabaash Mithu, the film is directed by Srijit Mukherjee and it is slated to release on July 15, 2022.