Last Updated 07.12.2022 | 2:49 PM IST
feedback language
follow us on
Bollywood Hungama » News » Bollywood Features News » EXCLUSIVE: Shaan on his new single ‘Dil Udeyaa’, Indo-Maldivian collab with Unoosha:  “We have treated Maldives like a big resort rather than a country”

The country of Maldives, in the aftermath of the COVID-19 pandemic, became a favourite holiday destination, especially among Indians. So, singer Shaan, when he headed to the island country for a show,  decided to put the best of his talent to make a music video that also gives a glimpse of Maldivians and their culture. Shaan’s new single titled ‘Dil Udeyaa’, featuring Maldivian singer Unoosha was released today. “I thought that people keep going to the Maldives, especially from India. But I thought we know very little about Maldivian culture, and the Maldivian people. We have just treated it like a big resort rather than a country,” says Shaan talking to Bollywood Hungama about the thought that gave birth to ‘Dil Udeyaa’. 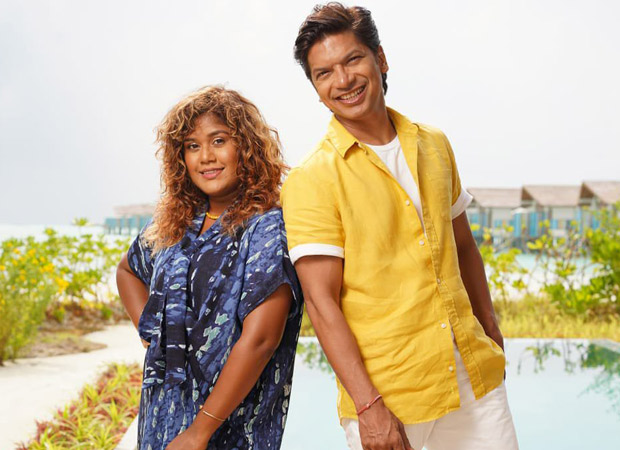 EXCLUSIVE: Shaan on his new single ‘Dil Udeyaa’, Indo-Maldivian collab with Unoosha:  “We have treated Maldives like a big resort rather than a country”

It was the organisers of Shaan's event who directed him to the singer Unoosha. “We designed a song there and then quickly before I left for the Maldives, and I got Unoosha to dub it and we did a video. I basically wanted to create an Indo-Maldivian collaboration and that's what 'Dil Udeyaa' is about. Lyrically, the song is basically about living in the moment. It is a feel-good reggae-pop song. There's too much stress nowadays and people have a lot of reasons that bring them down, with whatever's going on across not just in India, but across the world. So I thought it was a good time to just create a feel-good, happy song,” Shaan shared talking about the song adding that the song also consists of Maldivian rap and Maldivian style drums.

"We go to Maldives and keep using the colours, the landscape, the beaches to create videos for our own songs. So I said why not give something to the Maldivians," he added.

This is the first time that Shaan is collaborating with Unoosha. Calling her an "incredible talent", he said, “She has a very versatile voice. She has a certain range in which she sings and got a very strong voice in that range. So I wanted to make sure that if I compose a song, it's in that range, so I can get that beautiful tonal quality that she has. Because she's never sung in Hindi and Urdu, she's put in a lot of hard work to get her pronunciations right. Although, in some places, it is still a little not perfect, but I think that adds to the uniqueness of her style. I have some lines in Maldivian and I am sure my Maldivian accent is also all wrong. But I think attempting is a great effort.”

Shaan also believes in collaborating with deserving artists and giving them the visibility they deserve. The singer believes in promoting good and new talents rather than collaborating with artists who already have a large following. “There are very simple ways to bring in popular influencers or collaborate with singers who already have great organic traction, and ride on them and get me a hit. I don't believe in that mantra. Because at the end of the day, it's not about the numbers that I am reaching out to but the difference it would make to someone who listened to my music. If I can promote a good talent, that is not getting this kind of visibility, then I'd rather do that, than ride on someone else's popularity to promote my channel,” he shared.

“There will be a lot of collaborations. I do intend to do collaborations but with deserving artists and not just because they are influencers,” he added.