The Pankaj Tripathi starrer Kaagaz is inching closer to its release on Zee5 and is one of the most highly awaited films of this year. The film talks about the journey of a man whose relatives forged his fake death certificates in order to take his property and how Lal Bihari (Pankaj Tripathi) fights to prove to the government that he is alive. The film is inspired by a true story. 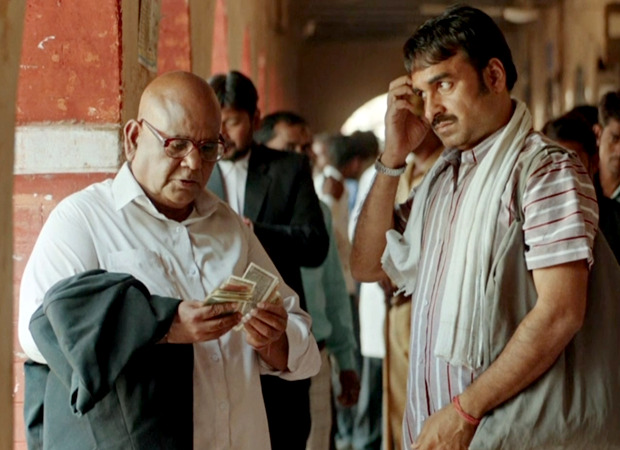 Not many people know but Satish Kaushik and Pankaj Tripathi share an old bond, they were both students of NSD where Pankaj was Satish’s junior. Sharing some insights on how the experience was for him on working with Pankaj, Satish shares, “Since he is my junior from NSD and knew his professional approach towards his work I was very comfortable from the first day working with him.”

He further adds, “His sense of realism and improvisations during the scenes was amazing. He looked and behaved every inch of the character of Bharat Lal Mritak with fluid ease. I feel proud that I found my perfect Bharat Lal for Kaagaz.”

Kaagaz is produced by Salman Khan films and Satish Kaushik productions. The film is directed by Satish Kaushik and will see Pankaj Tripathi in the lead for the first time along with Monal Gujjar and Amar Upadhyay in pivotal roles.