Horror-comedy Roohi starring Janhvi Kapoor, Rajkummar Rao, and Varun Sharma became the first Hindi film in 2021 to release in theatres. After the year we’ve had, cinemas and single-screen theatres had hit the bottom with no movies releasing since March 2020. It’s been a year since the majority of companies announced work from home policy and around this time last year, the nationwide lockdown was announced. One year later and in the new normal, producer Dinesh Vijan feels this is the new step in the current scenario. 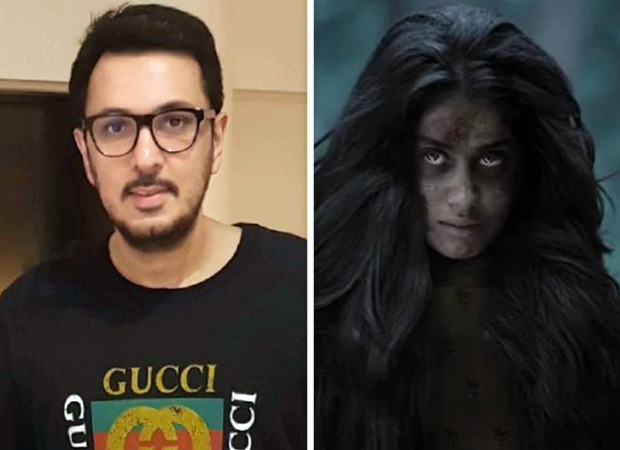 Speaking to Bollywood Hungama, Dinesh Vijan says, “I feel this is the first step to normality; it was initially an uncharted territory since there’s never been a situation like this. But what we knew was that Roohi is a film that will be best enjoyed as a communal watch on the big screen. Also, as a company we have been built by theatrical audiences, I don’t think Stree, Luka Chuppi, Hindi Medium, or Bala would hold the value that they do without being super successful in theatres. So I think we owed it to audiences and cinema halls to come to theatres.”

The collections till now have been positive considering theatres are now running at 50 percent capacity with COVID-19 protocols in place. The film has collected Rs. 15.19 crores till now. When asked whether he is satisfied with the collections, he adds, “I am more than satisfied, this has given our business the hope that it needed to know that audiences still want to watch films in theatres. So many movies are now announcing their release dates. I just got off a call with single screen owners the other day, they were beyond happy to see excited faces rush into the hall and their business grow over the first day. So, yes, I am very satisfied.”

After Roohi’s release was announced, there’s been an influx of release date announcements from several production houses. Dinesh says, “I think every filmmaker wants his film to arrive on the big screen, and to be able to do that with Roohi and to see people enjoy it, because in the end, the audience gives us the final verdict, is great. To know that people want to visit cinemas again, which means we can bring our films to theatres again, is just an amazing feeling!”

Dinesh is aware that this past year has been testing time for cinemas as well the producers who had to delay their films or hold back the release dates. “I understand it was a testing time for producers as they held back their films, but we must also acknowledge how tough it would have been for the theatrical industry since they have huge costs with rentals and so many employees. And yet, they’ve been extremely supportive and I can say that all of us; multiplexes, single screens came together and put the film out with full aplomb. The positive response for Roohi is result of that effort,” he adds.

Thanking the audience as well as partners, he concludes, “I would like to thank our audience, the theatres as well as our long term partners Jio and Jyoti Deshpande. Jyoti is even more responsible than me for bringing Roohi to cinemas, she always had a line about never having doubt and going for it 100 percent! It is important to have a creative partner like her who shares the same belief system as you, who wants to do the right thing if it is not always the most profitable decision. I would also like to thank each and every person involved, may it be our ingenious marketing team or Mrig (Mrighdeep Singh Lamba) who has produced this film with me, giving it his all. Not to forget, Hardik (director), who also gave this film a lot too, and Sachin Jigar for giving us such electrifying music. I have always believed to do the right thing even if it’s not profitable at that moment but look it has ended being profitable than ever.”