It's only now that Ibrahim Ali Khan's presence on Instagram has become more frequent than before. And thanks to him being a TikTok fan, we now know that he has quite an actor in him! Credit the genes! But does he have plans to pursue it professionally? 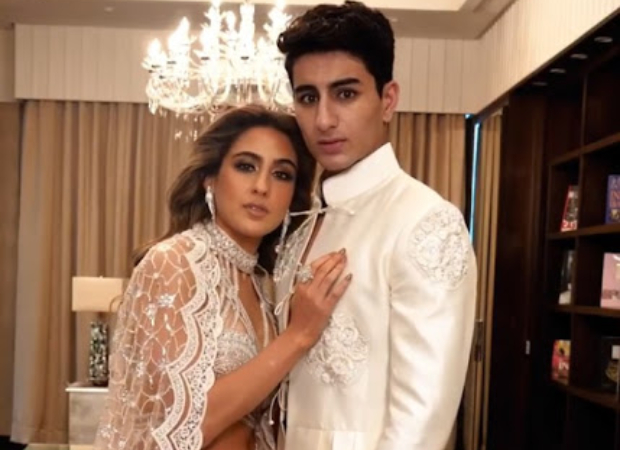 Sara Ali Khan, who recently indulged in a candid conversation with Bollywood Hungama, was asked if Ibrahim plans to get into films. "He has not even gone to college as yet. So I think acting is a while away. It's definitely something he is interested in, something he is passionate about. And he's gonna study film in LA. So, if he wants to do something he'll do it,"  she said.

She also added that making a career in acting demanded a lot of efforts, toiling and preparation. "There's a lot of hard work, as we all know, that goes into it, a lot of prep that goes into it. But I think that at his age, before even going to college, just the desire is enough right now and then, he'll work towards it. And if he works towards it and people like what he does, then sure. It's a dream right now, making it a reality is on him," she added.

In October last year, Sara and Ibrahim shot for their first magazine cover together, and the internet was all praises. Given that he already has a thing for the camera, looks like it is only a matter of time before we see him in films!