Actor Shamaun Ahmed made his Hindi feature film debut with an impactful performance as Anand Joshi in the recently released film The Girl On The Train(TGOTT) starring Parineeti Chopra in the lead. While the film has been receiving mixed reviews, performance by the cast in the Ribhu Dasgupta directorial is being appreciated. After the release of the film, Bollywood Hungama spoke to Shamaun Ahmed on his journey in the industry and his role in The Girl On The Train. 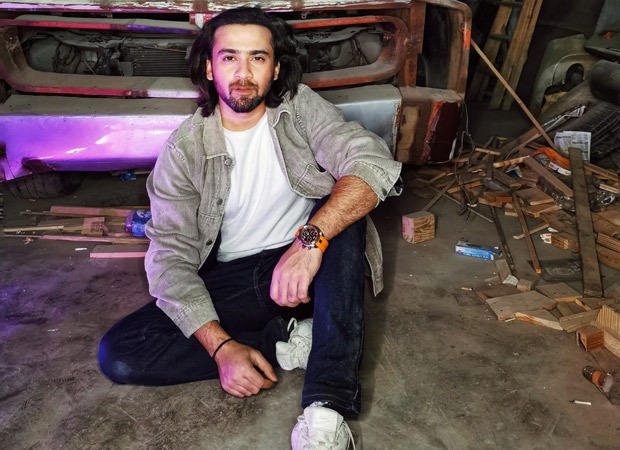 We spoke to Shamaun two days after the worldwide release of TGOTT on Netflix. When asked if he was reading reviews and comments about the film and his performance, he said, “Oh! All I've been reading are the reviews and everything related to TGOTT. We shot the film almost two years ago, so it's been a long time coming and the excitement has been too much to contain. One thing that I’m feeling really glad about is that most people have said that I have good screen presence - which is very reassuring considering I was sharing frame with such fabulous, talented and beautiful actors.”

Shamaun, who is born and brought up in Kolkata has been part of several ad films, short films and his notable roles in Bengal include a cameo in National Award-winning director Bappaditya Bandhopadhyay's Elar Char Adhyay (2012), and a friendly appearance in Manoj Michigan's Damadol. He was also seen in the Netflix series Bard of Blood which was produced by Shah Rukh Khan's Red Chillies Entertainment. It was also directed by Ribhu Dasgupta. Talking about how he landed the role in TGOTT, he said, “It happened rather suddenly! I think I was the last one to know. I didn’t say yes to Anand for the character - characters like his have been pretty common in our films. I said yes because it was Ribhu da offering me this role, and (I think) I know why. Having worked with Ribhu da on Bard of Blood, he knew I have a tendency to underplay rather than exaggerate - which would make sense for Anand. And for his part, I knew for sure that he would not make Anand a conventional guy. And we had a good rapport and comfort level thanks to Bard. So without really even thinking about it - I jumped on the train!”

It is common for artists to want their first feature film released in theatres and see themselves on the 70mm screen. But the pandemic clearly ruined those plans for Shamaun and instead got him a worldwide platform. Speaking his mind on it, he said, “Making any kind of plans is a joke right now thanks to the global pandemic. Yes, this was meant to be my big theatrical release. But a Netflix release is actually a far bigger deal these days with more than 170 countries watching. As we speak the film is trending at no 1 in India and several other countries, and no 2 globally. What else could I ask for?”

TGOTT has an interesting ensemble cast including Parineeti Chopra, Avinash Tiwary, Kirti Kulhari, and Aditi Rao Hydari. Speaking about working with this set of cast, Ahmed said, "I had actually worked with Kirti on Bard of Blood - so it was like a little reunion with her and Ribhu da. But yes it was a first for me with Parineeti, Aditi, Avinash and Tota da - all well-established in their own right. All I can say is, it was a blast working with these guys and getting to know them. Each and everyone on the set was extremely warm, supportive and forthcoming - and they put any nerves I had to rest pretty quickly. The best part was I think everyone was really encouraging of everyone else's performance, and the set definitely had a relaxed, easy vibe - even though we were shooting a thriller”

When asked if the buzz created by TGOTT had materialised into more work for him, Shamaun said, “I have been very blessed to have gotten offers for work throughout. The response I've gotten for TGOTT has been a huge boost to my confidence, and I feel ready now to pursue acting more exclusively. And yes, I have already been contacted for some upcoming opportunities, so I hope to make the most of this time.”

As an actor, nothing has been served on a platter for the actor and he has worked his way up. When asked about the uncertainty of the acting profession and how he soldiers on, he shares interesting things he learnt on his journey. “I believe that everybody has their own journey, their own clock. So nobody is ever late or early - it all happens in its own time. Adil Hussain once told me, “My dear, if you are lucky, success will come late.” Those words have stayed with me. So I think hopefully for me it has only just begun. Let's just say I'm fashionably late to the party! Jokes apart though, acting has always been a big part of my life," he said.

"But I've been lucky enough to have been able to pursue other passions in my life, which - in all humbleness, has given me the courage to say no to projects that didn't sit well with me. If you ask me now though, it’s time for me to concentrate on acting. There are some really amazing films being made now, and the buzz around TGOTT has already created a few possible opportunities for me. So I'm excited about what's round the corner," Shamaun signs off.

ALSO READ: Parineeti Chopra on moving away from girl-next-door image in The Girl On The Train – “I was looking to go anti-image”