Last Updated 17.05.2022 | 8:30 AM IST
feedback language
follow us on
Bollywood Hungama » News » Bollywood Features News » EXCLUSIVE: Nushrratt Bharuccha on performing in Chhorii without reading the script; “There were times when I did not know where the camera was”

Nusshratt Bharuccha's human-horror film Chhorii is currently streaming on Amazon Prime Video. The film narrates the tale of a heavily pregnant Sakshi(Nushrratt Bharuccha) trying to escape from a secluded house standing in the center of a sugarcane field. For the film, Nushrratt opted for a completely new approach. The actress performed without reading the script and totally being unaware of what will happen next in the story. "A thriller will thrill you and horror will scare you only when you do not know what will happen next because the fear is of the unknown," said Nushrratt in an exclusive conversation with Bollywood Hungama. 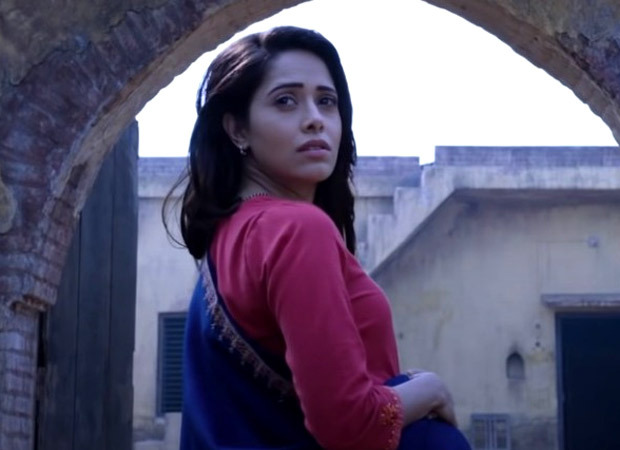 EXCLUSIVE: Nushrratt Bharuccha on performing in Chhorii without reading the script; “There were times when I did not know where the camera was”

"With every film, I try to find a new approach or a new method to do the character, to know the character or to become the character. Sometimes directors have a clear vision and they tell you what to do and that helps me. I can take from that and I can become a different character. But then there are times you have to find your own way also to get into the skin of the character. For this film what I did was to not see the original film at all; so I don't know what the film is about and to not read the script of this film. Basically do the film, not knowing what's happening next in the film. For me that is the life of a thriller," Nusshratt said via a zoom call, talking about her new approach for Chhorii.

"I was lost on the set. I was in the dark on set. I did not know what was going to happen from where or what they were going to do. My reactions and expressions were coming from a real space because there were just reactions in that minute. They were not thought of, they were not rehearsed. They were literally from the unknown that for me was a different approach," she added.

Nushrratt also said that it would not have been possible for her to attempt this approach without the help of the direction team and her co-stars, who she said were guiding her through the film and giving only as much details as she required to know without losing her vulnerability. "There were times when I did not know where the camera was and what they were shooting,” she said.

So how did Nushrratt sign the film without reading the script? "I knew one line. For example, 'A girl is stuck and she wants to escape.' But why the girl gets stuck and what happens to her each day and what she does to escape and where she gets stuck was not known to me. I knew the thought and character and the line of the film which was very strong for me. The end message is important. That is what connected me to the film and that's why I wanted to do the film," she revealed.

The film was shot in a house built in the middle of a sugarcane field in a small town in Pipariya in Madhya Pradesh. Shooting in a real location allowed Nushrratt to live the character, so much that it took her two months to detach herself from the character. "Some actors can switch on and off in between films and shoots. I do not know how to do that. So I take those emotions so deep, or I make it on my own so much that I live it. When I am living it, it's very difficult for me to break out of it. For Chhorii, it took me two months after I came to Bombay to disconnect from Chhorii. To forget what I did on set and what I felt on the set, to forget what I lived for those 30 days," she said.

Chhorii is the remake of the hit Marathi film Lapachhapi. Both films have been directed by Vishal Furia. Talking about working with Vishal, Nushrratt said, "Vishal sir is one of those directors who truly loves the horror genre. He has real passion and respect for it. So he is very conscious and very responsible with what he makes and what he wants to tell as a story. In that aspect, we felt that we were in the right hands with somebody who truly wanted to change the language of horror."

"If you are remaking a film then there is no one better than the same director to remake it as he knows the spirit and soul of the film and translates that in the remake of the film," she added.

ALSO READ: Lapachhapi actress Pooja Sawant on Nushrratt Bharuccha starring in Hindi remake Chhorii – “I am very sure she’ll do her best to portray this character”