Last Updated 31.01.2023 | 12:15 PM IST
feedback language
follow us on
Bollywood Hungama » News » Bollywood Features News » EXCLUSIVE: “We were looking for someone who could jump on this idea and completely surrender,” says Shoojit Sircar on casting Vicky Kaushal in and as Sardar Udham

Ahead of it's release on October 16th on Amazon Prime Video, the Sardar Udham team unveiled the trailer of the film recently. The team is in full swing promoting the much-anticipated film. Recently Shoojit Sircar, Ronnie Lahiri, and Vicky Kaushal sat for an interview with a journalist and opened up on few important questions related to the film. 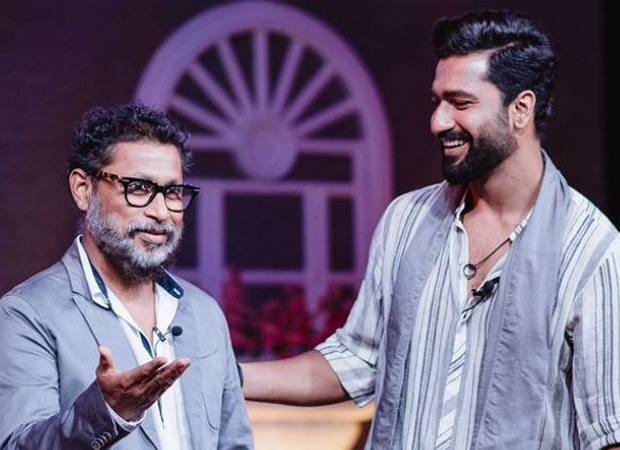 EXCLUSIVE: “We were looking for someone who could jump on this idea and completely surrender,” says Shoojit Sircar on casting Vicky Kaushal in and as Sardar Udham

Ronnie Lahiri opened up on why they made Sardar Udham as he shared, "The ideation, germination of this film happened 21 years back. This is the film we came to Bombay to make in 2000. It was just an idea back then. From there it started and it felt like it was too ambitious so let's make other films and gradually we started doing other films. This is the time we felt was right and we are also mentally more matured to handle such a subject and such a legend. Secondly, technically we are more sound now with 20 years of experience because this film you can only make once and give it your best shot. So it was always about waiting for the right moment and then we will definitely do it. So this film was always there whether we were doing Piku or doing any of our films, this film was always there with us. We always knew that one day we will make this film."

On casting Vicky as Udham Singh, Shoojit Sircar shared, "For me, the most important thing to get was the innocence. The one film reference that I have of him is Masaan. We were looking for someone who could jump on this idea and completely surrender. I think he did that. I feel that's why Vicky is Udham Singh."

The film is based on the story of Sardar Udham Singh, a gallant and patriotic man who fought selflessly and courageously against the British subjugation of India. The film focuses on the undeterred mission of Sardar Udham to avenge the lives of his beloved brethren who were brutally killed in the Jallianwala Bagh Massacre of 1919. Directed by Shoojit Sircar, produced by Ronnie Lahiri and Sheel Kumar, the much-awaited film is the story of Sardar Udham Singh, essayed by Vicky Kaushal. The movie also stars Shaun Scott, Stephen Hogan, Banita Sandhu and Kirsty Averton in pivotal roles and Amol Parashar in a special appearance.

Prime members in India and across 240 countries and territories worldwide can watch Sardar Udham this Dussehra starting 16th October.