Nikki Tamboli, who shot to fame due to her participation in Bigg Boss 14 recently, will next be seen in Khatron Ke Khiladi 11. The actress recently returned to Mumbai after spending over a month in Cape Town for the shoot of the stunt-based reality show. Interestingly, she reunited with Bigg Boss 14 participant Rahul Vaidya in the show with whom she had a frenemies vibe. 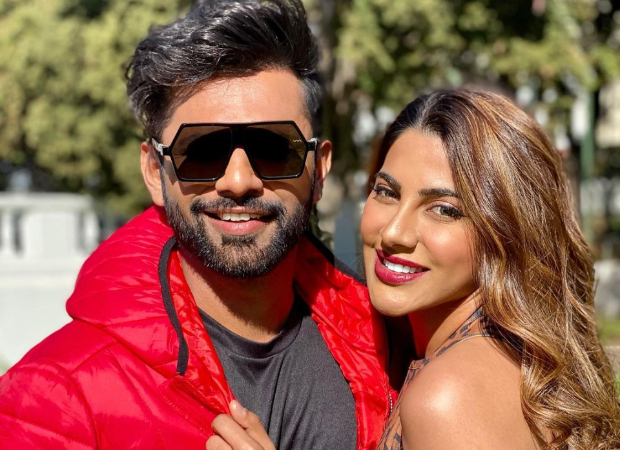 EXCLUSIVE: “It’s like Tom and Jerry” – Nikki Tamboli on her bond with Rahul Vaidya

In an exclusive with Bollywood Hungama, when asked about her bond with Rahul Vaidya, Nikki Tamboli said, "It's like Tom and Jerry. We fight a lot."

She further mentioned that if there were people she would like to be friends with forever would be Rubina Dilaik and Abhinav Shukla.

On the work front, Nikki Tamboli was recently seen in the music video 'Shanti' with popular music artist, Millind Gaba.

ALSO READ: EXCLUSIVE: “Even if my one leg was broken, I’d have still gone with that broken leg to Cape Town” – Nikki Tamboli on shooting Khatron Ke Khiladi 11 after her brother’s demise