Over the years, musician Lauv, real name Ari Staprans Leff, has seen a rise in his stardom. One of the reasons is the fact that his music resonates with the audience. The 25-year old holds the status of one of the coolest pop musicians out there. And why not? He has dabbled into all kinds of styles with his music and, has written songs for some of the biggest artists. He has dropped singles and EPs and some of his hits include 'I Like Me Better', 'I'm So Tired', 'Paris In The Rain', 'Chasing Fire', 'Changes', 'Tattoos Together', 'Drugs And The Internet' and 'Feelings' amongst others. 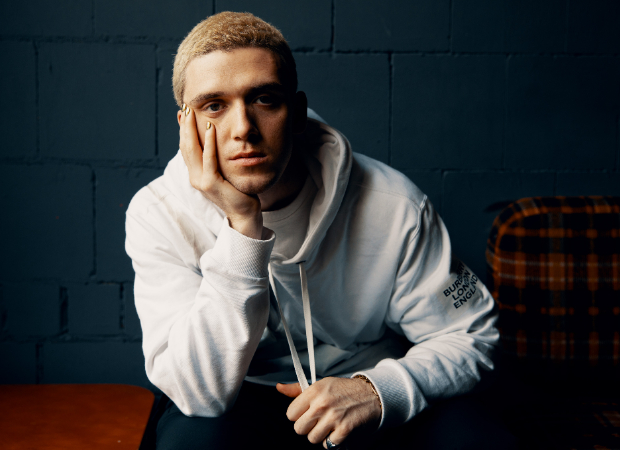 Lauv spoke to Bollywood Hungama recently about his debut album 'how i'm feeling' and reflected on the last five years in the music industry. With multiple collaborations including BTS, Alessia Cara, Troye Sivan among others, the singer explores his tangible emotions as he honestly reflects on his life, speaks up on mental illness, and seems to be a montage of what's to come next.

As we post this interview, we can't help but wonder what kind of performance would he be showcasing today in Mumbai, India since he was scheduled to perform at NSCI Dome, on June 18. This would have been his third time in India and second solo showcase before he had to cancel his shows due to coronavirus pandemic.

Working on an album for years and now that it's out. Three months later, how does it feel to have the fans experience your emotions through this piece of work?

It feels amazing to finally have this album out. It’s something I’ve been working on for a long time. It marks a big journey for me from being in a pretty bad place mentally to get to a much more stable place. It means everything to me. There are so many pieces of my life and stories that have gone into it so I’m super stoked.

'how i'm feeling' feels like a rollercoaster of emotions. Was there a song that took the longest to complete?

At the same time that it was the shortest to write, 'Modern Loneliness' took a long time to finish. That was a song we wrote in an hour, and then it went through a lot of different versions in terms of production and style. We finally got it finished when the album was being wrapped up.

When you started writing for big artists, what was that one moment that really stuck with you which led you to pursue your own music?

I always wanted to do my own music and did when I was younger, but I gave up on it because I wasn’t taking off career-wise. Then I wrote my own music alongside trying to write for other artists. Once I had hit with 'No Promises' by Cheat Codes and Demi Lovato, my life and career were changed in terms of commercial success. That was around the time I really started to go for it.

For an artist, every song is special. But, if you were to pick any favourites, would you be able to and why?

'Modern Loneliness' is my favorite on the album. It says something so close to me and so deep to me that I’ve felt for a long time. It means a lot to me.

You've been releasing music and even dropped 'Modern Loneliness' music video amid quarantine. How do you find this new way of staying connected with the audience?

I’m trying to keep myself entertained and do things that feel creative, fun, and productive with my time. I just want to share it all.

Interestingly, amongst all the collaborations, you did for the album, everything happened organically. After 'Make It Right' (on BTS' album 'Map Of The Soul: Persona), the gradual progression to 'Who' ('how i'm feeling') was beautiful. When did you pitch 'Who' to them?

I pitched 'Who' to them right after they asked me to do 'Make it Right'. It was within a few days. I appreciate the comment about it being heart-breaking but danceable - I love that vibe.

You must have seen the kind of following BTS has. Their music speaks volumes and so does yours. Connecting with them must have been an enriching experience.

BTS’ fanbase (BTS Army) has been so amazing and so supportive. BTS. in general, everybody in that family, that whole world - has been so accepting, and I really appreciate it. It’s been cool to see the fanbases collide and connect with each other; I’m very thankful.

You've also collaborated on your first Bollywood song - 'Dil Naa Jaaneya' in Good Newwz. How did that come about since everyone was left surprised?

The Bollywood song came from friends of mine who are composers and work in that industry. They had been fans and they asked me to help co-produce and add my own part to a song that they had for the film. I loved the melody and the whole vibe of the song, and I thought it would be cool to do something different and inspiring. I’m really happy with the way it turned out.

You continue to express your vulnerabilities with your fans online and that leads to making this connection very strong. Since you've publicly spoken about your mental health when male artists don't generally do that, does it get overwhelming when your audience shares their deepest problems?

That’s why I created “My Blue Thoughts,” because I wanted it to be a place where people could let go of their problems. It could be anonymous, and people could find other anonymous stories they could connect to. It’s not about me, or me dealing with other people’s problems - first of all, I’m not qualified to do that, and I would never want to pretend I am. All I can do is share my stories, and hope people connect to them or relate to them, and create a space where people can share theirs.

Touring is such a huge part of an artist's life. Since everything has come to a standstill, how do you keep your spirits up since you had to cancel some of your biggest shows including one in India (June 16 in Bangalore and June 18 in Mumbai) that everyone was looking forward to?

It’s a huge bummer. I was going to play a bunch of places I’d never played before, and we had a whole new show we were working on. But it’s okay - I’m keeping myself occupied doing live streams, trying to set up other special internet concerts, and working on a ton of music.

Last year in 2019, you performed in Mumbai and that was your first solo showcase. Did you have any idea that you had an audience in India?

That show was amazing - coming to Mumbai was amazing. I would love to explore more of India and play more shows there as soon as possible in a safe way. After I opened up for Ed Sheeran in Mumbai I had high hopes the show would be amazing, and it definitely didn’t disappoint.

India has a huge music industry with various languages. Have you ever had a chance to listen to any of the artists?

I got a chance to listen to some Indian rap. I don’t remember the names of the artists, but I thought it was really cool - such amazing energy. I can see myself getting into it.

Music really brings people together and these digital concerts are a good way to stay connected and help people. Don't you think?

Yes! I’m trying to do more of that in a unique way. I think it’s a great way to keep people entertained while they’re staying home and staying safe. It’s also a cool way for me to experiment and stay connected.

Is there anything that you all are looking forward to professionally or personally once things get back to normal?

ALSO READ: EXCLUSIVE: Lauv is thankful for the appreciation received for BTS collaborations on ‘Make It Right’ remix and ‘Who’