The Alia Bhatt-starrer, Gangubai Kathiawadi, was the first big film to arrive in cinemas after the third wave. The trade expected the Sanjay Leela Bhansali film to open well. Yet, everyone was left pleasantly surprised when the film opened at Rs. 10.50 crore. It sustained very well as the public reports were positive and is expected to cross the Rs. 130 crore in its lifetime. 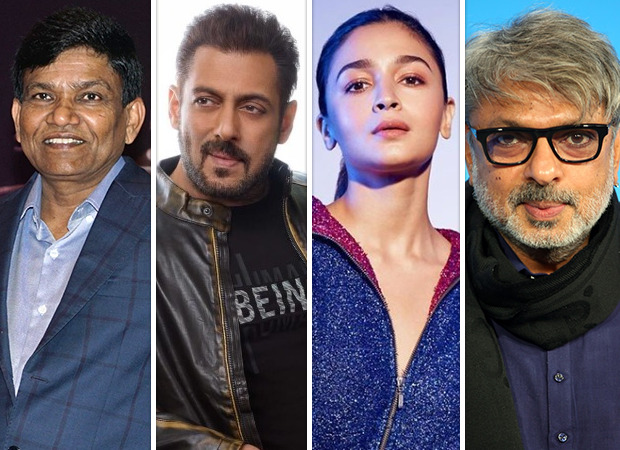 Jayantilal Gada, of PEN India Ltd, was one of the producers of this film. Interestingly, he had initially planned to collaborate with Sanjay Leela Bhansali on a film titled Inshallah, starring superstar Salman Khan and Alia Bhatt. Shockingly, the film was shelved reportedly due to a tiff between Salman and Sanjay Leela Bhansali. This reported fight took place in August 2019 at YRF Studios when the filmmaker was doing a mock shoot with Salman.

A few weeks later, it came to light that Sanjay Leela Bhansali has shelved Inshallah and has begun work on Gangubai Kathiawadi. Jayantilal Gada also came on board this project.

A lot of speculations were made about what went wrong between the superstar and Bhansali and neither of the parties ever spoke in detail about it. In a recent exclusive interaction with Jayantilal Gada, this writer broached this topic. To which Jayantilal said, “Yes, we had started work on that film. However, I believe Sanjay Leela Bhansali and Salman Khan had some creative differences. I don’t know exactly as we don’t get into such matters. So, that got shelved and Gangubai Kathiawadi went on floors.”

So does he mean to say that he never asked Sanjay Leela Bhansali what went wrong and why Inshallah got shelved? To which Jayantilal Gada replied, “No, I really didn’t ask and I don’t even have the right to ask. These are creative things which are not our domain.”

After the super-success of Gangubai Kathiawadi, there are murmurs that PEN India will also back Sanjay Leela Bhansali’s next. Jayantilal Gada stated, “We’ll sit down and discuss it with him. He hasn’t decided yet. The day he starts planning his next, I am sure PEN India will be his first choice.”