Popular Television actor Karan Kundrra is a contestant of Bigg Boss 15 this year. Although he was being offered the show multiple times previously. Before entering the house, the actor got into an exclusive interview with Bollywood Hungama. 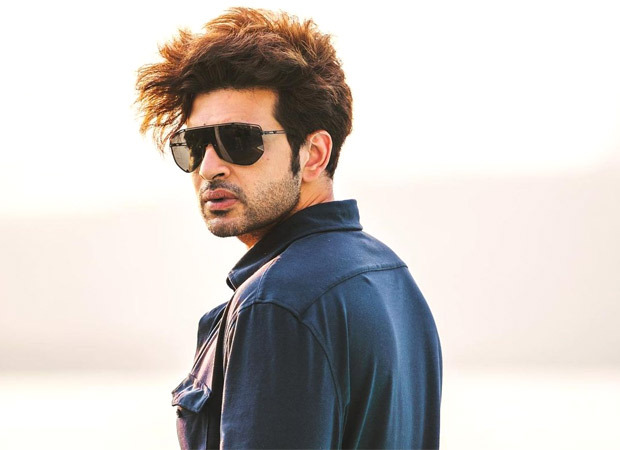 You have been offered the show many times before, what made you say yes this time?
I think the meeting with the makers, that's where it all started. Sometimes, we have a perception about a show and more importantly, we have a perception of ourselves. We think that this will work or this might work. But, Bigg Boss is a show where you don't think about these things before you say yes to them. A lot changed when I  actually had a meeting with the producers and the creatives. After multiple meetings, I just melted and said yes.

You've been a part of various reality shows before, do you feel you have an advantage over others?
I don't think so. Although in some ways, it might be difficult because I might over-analyze having hosted various reality shows before and even judged a show like Roadies. I might have a problem when it comes to the decision of various things because I'll relate to my part as a judge but then now I'll be a contestant. There are evn various disadvantages of being the other part of the same fraternity and in fact, it scares me a bit

What sort of mental preparations you have done before entering the house?
I don't think so you should be doing any preparations as such. Because you don't know, you've never been subject to situations like this wherein you're put inside a house with multiple other people with no contact with the outside world. So, you can not predict how you gonna behave. So, no matter how much you plan and mentally prepare yourself, it's gonna surprise you. It's like sitting in the aircraft for the first time, you think about aircraft taking off all your life but never know what's gonna happen when the actual aircraft takes off. You don't know what butterflies in your stomach you gonna get. Yes, you have to be extremely strong and prepare yourself that you gonna stay away from your loved ones, away from the life that you've been living, away from the phone and all your comforts. Other than that, you just can't prepare yourself for something like Bigg Boss.

Do you have any apprehensions about entering the house?
I have apprehensions before I do anything, anything project I do and any decision I make. It has a direct impact on my career, my future and my image. It is one of the most toughest and challenging shows for an individual. While at the same, it is also a fantastic experience, you get to know a lot about yourself. So, of course, there are gonna be apprehensions. I'm extremely nervous and anxious at this moment. i just hope that I channelise everything and come out as a better person.

Out of all the other contestants which have been popping up, with whom are you gonna think you'll share a good bond?
I have heard about many names which are floating but don't know who all are finalised. The fun is gonna be meeting complete strangers and forming layers of relationships with them and seeing how it goes. As of now, I know that Shamita, Nishant and Pratik are going to be there. Nishant and I have known each other because we've been a part of the same industry, I've met Shamita here and there but never had a conversation. With Pratik, I have a relationship with. So, I'm happy that there are these 3 people. I hope I have a great relationship with all 3 of them.

What sort of flavour do you think you gonna add to the show?
I would just say expect the unexpected from me. I have done a lot of reality shows and people know me the way I'm but I'm pretty much prepared to surprise myself and so I feel that the audience is also gonna be surprised. I don't really know how it's gonna be inside the house I'm just gonna be myself and hope that everything goes well and fine. There is a certain personality that I have which already a lot of people know of and I think that is only gonna be transit. Let's see what happens in a critical situation as I don't know what interpersonal relationship i'll form with people.

A favourite contestant from the past seasons?
I would definitely say Sidharth with all due respect. I like people who are real, who are fierce and have conviction. Lots of respect for Sidharth, I think he was the most fantastic contestant.