The comedy-thriller Bachchhan Paandey is all set for its release whereas the star cast of the film recently got indulged in a rapid fire round with Bollywood Hungama. 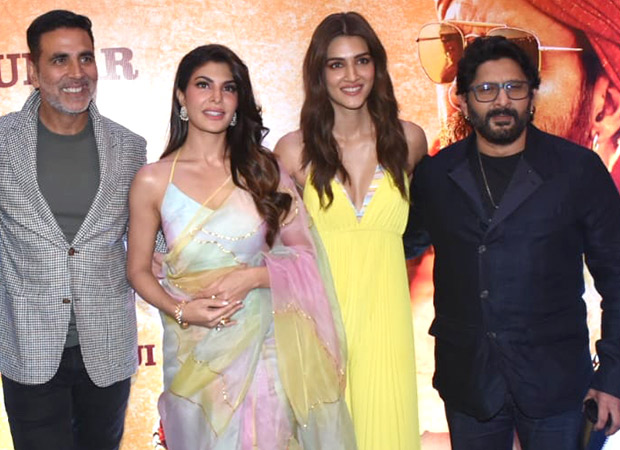 When Akshay Kumar was asked who will win the argument between Jacqueline and Kriti, Jacqueline replied it would be Kriti, whereas Arshad & Akshay revealed, Jacqueline will win in English and Kriti in Hindi out of sarcasm.

The movie Bachchhan Paandey has Akshay Kumar, Kriti Sanon, Arshad Warsi, Jacqueline Fernandez, Bobby Deol, Ritesh Deshmukh and Pankaj Tripathi on board and is produced by Sajid Nadiadwala. The film is all set for its release on March 18.