It's been a while since Arbaaz Khan started dating Italian model and actor Giorgia Andriani. The latter now lives in India and is also preparing for her first Bollywood film. Thanks to her relatioship with Arbaaz, Giorgia has also known Salman Khan quite closely for some time now. We caught up with her over an Instagram live session, and among other things, also asked her about the unmatched stardom that the superstar enjoys. 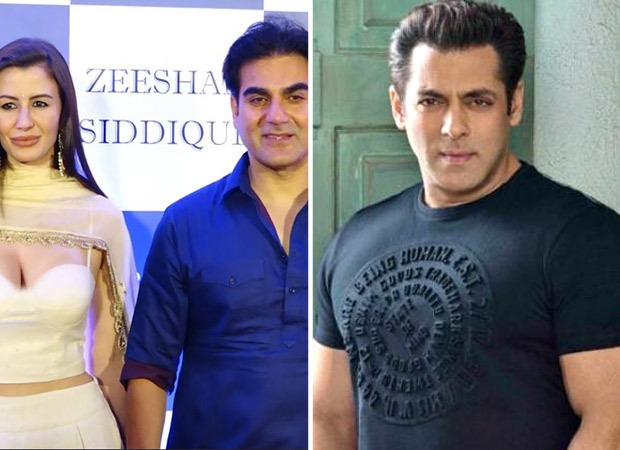 "It's not common to see such a stardom. It's incredible. Once, I was there in the airport, we were going to the first schedule of Dabangg 3 in Maheshwar and I just saw so many people outside the airport! It was almost blocked I think, the traffic. So ya, it is incredible," she said.

Salman's innumerable gestures of kindness and love towards the people he loves and the people who need his help, are known and are talked-about. Giorgia agrees there. "He is a very, very large-hearted person. He's got a very big heart. He is a blessed person and it is a blessing to know him because he is such a great person," she said, when a fan asked her what she felt about Salman as a human-being. Ask her about her favourite Salman Khan movies, and she'd name Dabangg and Sultan.

Giorgia, who earlier appeared in a web series down South, will step into Bollywood with Welcome to Bajrangpur, also starring Shreyas Talpade and Sanjay Mishra. The film is backed by Arbaaz.