Akshay Kumar who was in London in September to celebrate his and his children’s birthdays met producer Vashu Bhagnani, to discuss a project with him. Buzz is that the producer, who has given many blockbusters over more than two decades in the Bollywood film industry, has offered Akshay a whopping remuneration to act in his movie – an amount well over a whopping Rs. 100 crore! 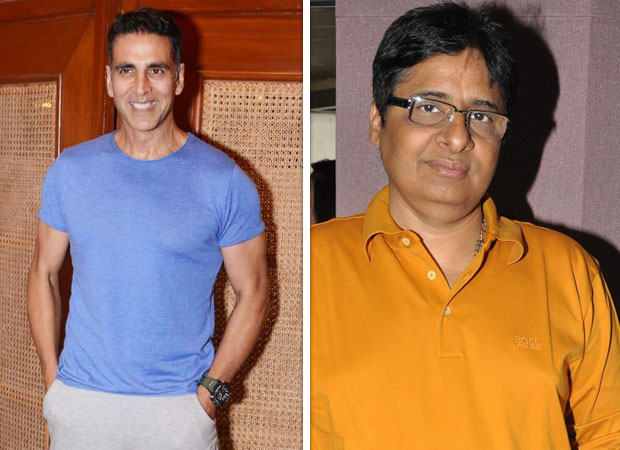 Says a trade source, “Vashu Bhagnani has approached Akshay Kumar to make a film with him. They met in London last month when Akshay was there with his family to celebrate three birthdays – his own, his son Aarav and daughter Nitara’s birthday (all of which are in September). He prolonged his stay in London to celebrate all the birthdays and met Vashu and Jackky who apparently, offered Akshay more than Rs. 120 crore! While the amount seems preposterously high and something to be sceptical about, fact is, in today’s times, even if Akshay has been offered more than Rs. 100 crore, it is something to talk about.”

If Akshay signs the movie, he will become the highest paid actor in Bollywood. The trade source says, “Apparently, when he is not producing a movie he charges Rs. 99 crore as that is said to be his lucky number so asking for more, considering his BO success is no big deal. Akshay is on a roll with his last releases including Mission Mangal and the Housefull 4 trailers and music, has also created a great buzz so his career is on a high – charging a whopping amount is fair considering his market value and box-office appeal. Brand Akshay is booming at the BO today!”

When we contacted Vashu Bhagnani in London, he refuted the rumour and added, “I stay in London now and yes, have met Akshay 3-4 times as I meet other actors who come there. I know him for over 20 years now. While we have never worked together, we have always had the thought that if we get a good script, we will definitely do it. Every producer is keen to work with a top star like Akshay Kumar and now my son Jackky is looking after the business. He will definitely be in touch with actors, directors and producers. Where the money part is concerned, it if offered only after the producer locks a script. Without a script no actor will talk. My son or the CFO of my production house first locks a script and then talks to an actor, so if script hasn’t been locked how can I approach him for a movie?”

When quizzed about the whopping remuneration offered to Akshay, Vashu says, “Yes, everybody wants to work with stars like Akshay Kumar, Varun Dhawan, Ranveer Singh but first you require a good subject and if you have that, then money is secondary and is given according to the actor’s market price, box-office value and other factors. No actor charges exorbitant fees now because it increases the budget and is ridiculous to pay them so much.”

Also Read: Housefull 4 - Akshay Kumar shows up as a bald man for Bala song launch, twins in black with his ladies