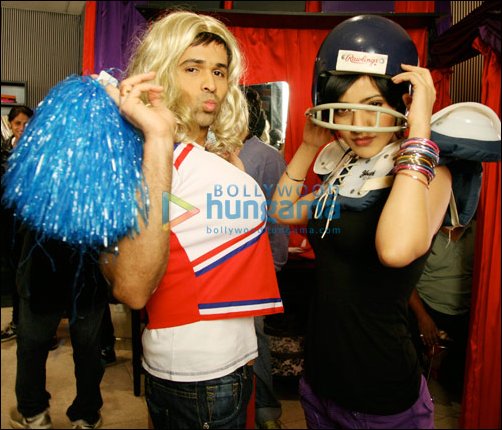 He did a film called Good Boy, Bad Boy and now he is doing a film called Crook: It's Good To Be Bad. What a coincidence. This film, produced by the Bhatts, is an issue based film handled in a typical Bollywood style. The story revolves around Emraan, a guy living in Australia, facing racial discrimination being an Indian, the kind that has been doing the rounds lately in news.

Bhatts are also known for the music in their films which almost always turn out to be chartbusters. The music for Crook is scored by the music maestro Pritam, which means it's certainly something to look out for. The picturisation of the songs would also be interesting as for one of the songs Emraan has done something rather interesting. Mohit Suri, the director of the film was shooting a song 'Mere Bina' in Australia and wanted to add some fun element in it but wasn't getting his head around it and cancelled the shoot for the day. That was when Emraan entered a store that was selling a plethora of crazy stuff right from wigs to hats to other props and he started trying out fake vampire teeth and wigs. Looking at him, Mohit knew instantly that this was exactly what he needed in the song.

Mohit convinced Emraan to go for it and the audience would now see Emraan dressed up like a blonde girl to acting like a Vampire, after all entertainment ke liye kuchh bhi karega. Talking about his experience in the song Emraan says, "It was a fun shoot and it really took me by surprise when Mohit asked for an impromptu shoot because we were only entertaining ourselves in the shop and I did not know that he had such thoughts in his mind. I was hesitant at first but when we realized that it was all about having fun and being casual and our natural best, we just crossed all the limits and that can be seen in the film itself. I have been romancing girls in my films and myself dressing up as a girl was something really very, very funny. The song will be out soon and I am hoping people will like it."

As seen in most movies by Bhatts earlier, a newcomer will be opposite Emraan. This time the lady to watch out for is the pretty Neha Sharma. As for the number of kisses in the film, you'll have to wait and watch. The film is slated to release on October 8.