Dwayne Johnson popularly known as 'The Rock' shared a glimpse from the sets of Black Adam. Last week, Johnson revealed that the film was in its final week of production. This week, the wrestler-turned-actor took to his Instagram and shared a post that had few behind-the-scenes details about his character’s bodysuit. The actor also shared his excitement for the project. 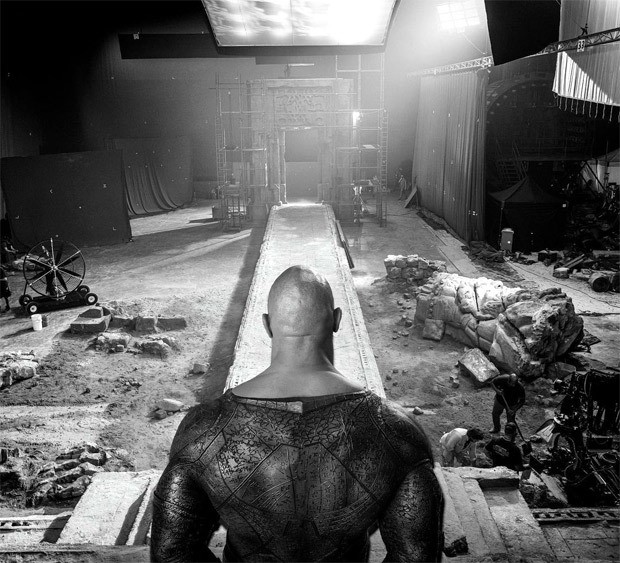 Sharing the picture, the actor wrote a long caption that reads as “On set. BLACK ADAM⚡.This image of Black Adam from behind gives you a tactile sense of the absolute massive scale and size of our movie. You also see a little of the intricate and beautiful textured detail of Black Adam’s body suit.

(this is not your typical DC or Marvel padded muscle suit). And finally you get a glimpse of the enormous and appropriate destruction.”

In the end, Dwayne concluded the note hinting that Black Adam might be a more violent film than previous DC films like Shazam or even Zack Snyder’s Justice League. Johnson wrote, “As we all know, superheroes have a code of justice and don’t kill the bad guys. But, Black Adam does. The hierarchy of power in the DC UNIVERSE is changing. Antihero. Man in black. Protector of his people.”