Last Updated 30.11.2022 | 1:09 PM IST
feedback language
follow us on
Bollywood Hungama » News » Bollywood Features News » Dwayne Johnson enthralls Comic Con 2022 audience in full Black Adam costume; unveils new sneak peek: ‘You can be destroyer of this world or you can be its saviour’

Dwayne Johnson stars in the action adventure Black Adam. The first-ever feature film to explore the story of the DC Super Hero comes to the big screen under the direction of Jaume Collet-Serra. Nearly 5,000 years after he was bestowed with the almighty powers of the Egyptian gods—and imprisoned just as quickly—Black Adam (Johnson) is freed from his earthly tomb, ready to unleash his unique form of justice on the modern world. 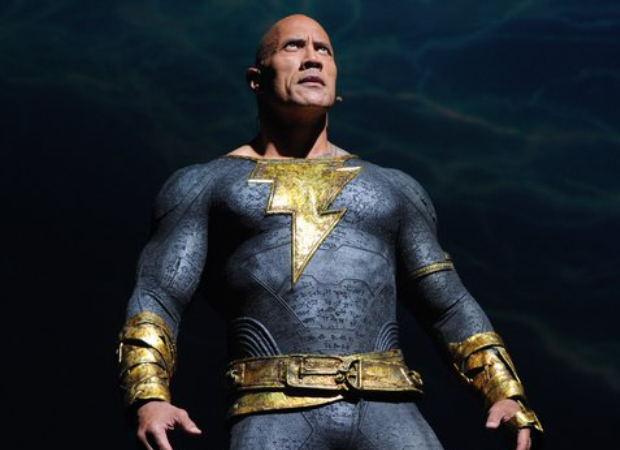 Dwayne Johnson enthralls Comic Con 2022 audience in full Black Adam costume; unveils new sneak peek: ‘You can be destroyer of this world or you can be its saviour’

The superstar arrived at San Diego Comic Con 2022 amid thunderous cheers and applause as he made his appearance in full Black Adam costume. "The journey for Black Adam, it has been a long journey," said Johnson at the panel, as reported by Entertainment Weekly, "one that has been fueled with passion, with commitment, with grit to push Black Adam along, it's been easily over 10 years. Jaume and I have worked together probably almost for five years now on Black Adam. So the journey has been an incredible one and I've got to tell you guys this, to be here at Comic-Con, Hall H, representing a DC superhero, a DC anti-hero, very specifically representing Black Adam is truly a dream come true."

Through fog and lightning, the Man in Black has finally arrived to Hall H. #BlackAdam #SDCC pic.twitter.com/CaVR88w8Sk

When asked who would win in a fight between Black Adam and Superman, Johnson replied, "Pound for pound, they're pretty close. I guess it probably all depends on who's playing Superman, I'll just say that. I'll leave it at that."

Black Adam is directed by Jaume Collett-Serra. The film is set to be released in theaters on October 21 in English, Hindi, Tamil & Telugu.