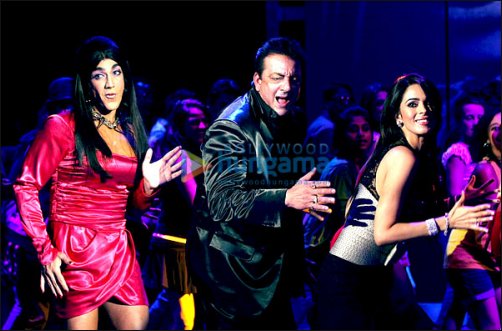 The Double Dhamaal makers are going to great lengths to make the sequel as dhamaakedaar as possible. And for starters they have officially bought the rights from T-Series of the hit retro song 'Oye Oye' from Tridev and have remade it in a brand new avatar.

The foot tapping new number in Reliance Entertainment and Maruti Intenational's Double Dhamaal has been remixed by music director Anand Raj Anand, involving the entire cast and what's more, it's being choreographed by Ganesh Acharya who interestingly was a group dancer in the original hit by Kalyanji Anandji.