Last Updated 06.08.2020 | 10:17 PM IST
feedback language
follow us on
Home » News » Bollywood Features News » Bollywood News “If I don’t take advantage of my father’s work, I will be disrespectful to his work,” – Sonam Kapoor talks about nepotism on Arbaaz Khan’s show

The nepotism debate started off by Kangana Ranaut by calling Karan Johar as the flag bearer of the same has now taken new turns. Star kids and actors are facing heavy flak on social media regarding their acting skills as many believe that they are in the industry because of their influential family. In the recent episode of the chat show Pinch hosted by Arbaaz Khan, he discussed about comments referring to nepotism with his guest Sonam Kapoor. 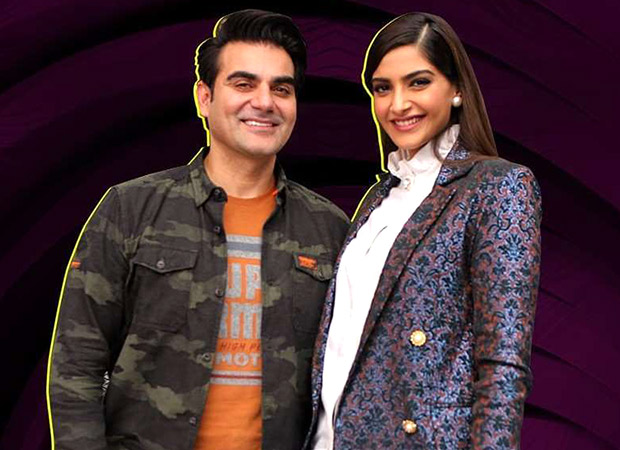 Sonam Kapoor, who was last seen in Ek Ladki Ko Dekha Toh Aisa Laga, was the latest guest on the Arbaaz Khan show Pinch. The show, as mentioned by the host before, discusses about celebrities and their connection with social media. It also puts forth the good and bad comments that celebrities face and recently tackling them was Sonam. She was asked to respond some negative comments about her, one of which included the topic of nepotism.

One of these comments accused Sonam Kapoor of being in the industry for ten years mainly due to nepotism. The actress firstly clarified that she has been in the industry for eleven years and added, “I just want to explain what nepotism really means. Everyone thinks it’s because of a ‘relative’ of a person but nepotism actually means to get a job through any connection. I think people have misunderstood it and that some use that word to put other people down.”

She further also stated, “My father [Anil Kapoor] didn’t come an illustrious family and he has been in the industry for 40 years. He has worked very hard only for his children. If I don’t take advantage of his hard work, which he has done for us, I think I had be a little disrespectful to his work, because every mother or father work for their children."

Sonam Kapoor, who is married to businessman Anand Ahuja, will next be seen in The Zoya Factor, the film adaptation of the book by the same name. The film will also star Malayalam superstar Dulquer Salmaan.