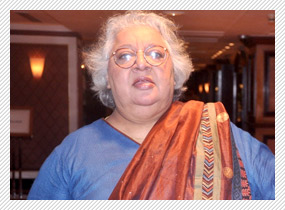 The still-impish Daisy Irani, lately seen in Bela Sehgal's Shirin Farhad Ki Toh Nikal Padi, feels very strongly about the issue of rape that is lately been occupying a lot of news space.


And gender prejudice, feels this veteran actress, is not restricted to sexual subjugation. It is also prevalent in the work place. Daisy herself is a victim considering she has no acting offers in spite of being appreciated in Shirin Farhad Ki Toh Nikal Padi. "I know people want to see me on screen. Even I want to see myself on screen. But there are no roles for women who are of a certain age and who are not of a particular weight."