Actor Disha Patani has wrapped up the shoot of her upcoming film with Salman Khan titled Radhe: Your Most Wanted Bhai. She took to Instagram to share pictures with her girl gang and announced the wrap up of her parts. 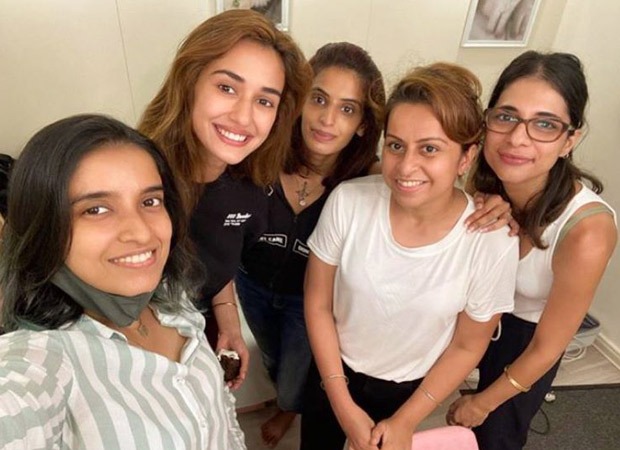 Sharing it, she wrote, “#radhe packup thank you my lovely team for being the best ever #girlpower.” The picture shows Disha posing with four other girls as they take a selfie.

#radhe packup❤️ thank you my lovely team for being the best ever❤️❤️ #girlpower????????

A week ago, Salman Khan took to Instagram and announced that they resumed the shoot of Radhe after six and a half months. He had written, posting a picture of himself, “Back to shoot after 6 1/2 months ... feels good #Radhe.”

Disha and Salman shot for a song sequence in Aamby Valley in Lonavala. The team also has some action sequences left to shoot post which they will be wrapping up the film.

Directed by Prabhu Dheva, the film also stars Randeep Hooda, Jackie Shroff and Tamil actor Bharath. While Randeep will be seen as the principle villain in the film, Bharath will star as a cop.