For Vishal Furia, horror is a space that is left wide open by filmmakers in India. He believes while there have been some good attempts, there hasn’t been a concrete movement towards making serious Indian horror movies. “Horror is such a strong genre because the impact remains with the audience for life and yet when I left the broadcasting industry to join the film industry, I found a gaping hole in this category. I realised no one is doing justice to it and felt I could contribute, that is why I started writing Lapachhapi,” says Vishal. After opening to packed Marathi audiences in 2017, the award-winning Lapachhapi finds its new Hindi avatar with Nushrat Bharucha in the lead. 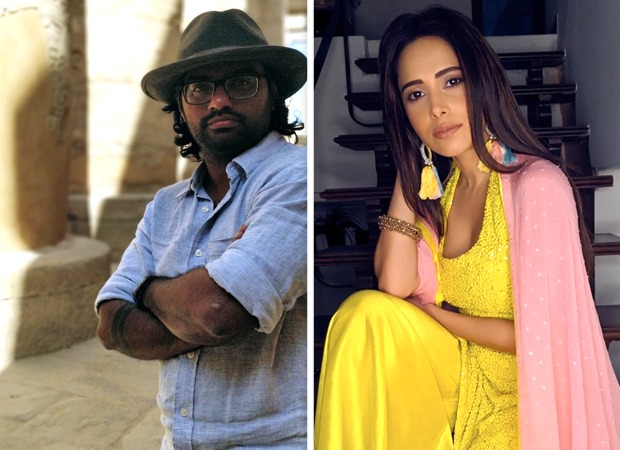 The young director is expectedly excited to recapitulate his run after the unprecedented success of the Marathi version. “When it came to Lapachhapi, I had to strategically scale down my production given the budget constraints and limit the intensity of the film. But with the Hindi remake, we can scale-up the scares and now with Abundantia and L.A. based Crypt TV onboard - both of them who understand horror extremely well, we can go all the way,” says an excited Vishal. Chhori is being jointly produced by Abundantia’s Vikram Malhotra and Crypt TV’s Jack Davis.

The Marathi version with Pooja Sawant and Vikram Gaikwad in lead roles, was the first of sorts for the Marathi movie goer as well. While Marathi folk tales and stories are often entwined with elements of horror, a full-length movie in the genre had been missing for years. Vishal specifically felt the need to make the movie in Marathi because he believes that the Marathi audience is evolved and appreciates good storylines. “The movie did well. A year before it was released, it got selected to 20 international film festivals where it mostly won. We released the movie in July 2017 and it stayed on in the theatre for 11 weeks due to an amazing audience demand. All this, after shooting the movie in 15 days flat,” reveals Vishal.

What this young writer-director learnt from Lapachhapi was that there were more women watching it as compared to men and that not only did the movie do well commercially but was also a winner with the critics. Vishal believes that Chhori will also connect well nationally and internationally as Horror is an international genre and language is not a barrier.

Influenced in parts by Stanley Kubrick, Polanski, Spanish and Japanese horror movies, he now eagerly awaits to see how Hindi audience reacts to his craft.  Knowing well that his audience is varied and already exposed to the best in the world.

Also Read: World Environment Day: Nushrat Bharucha urges people to do their bit to save the planet