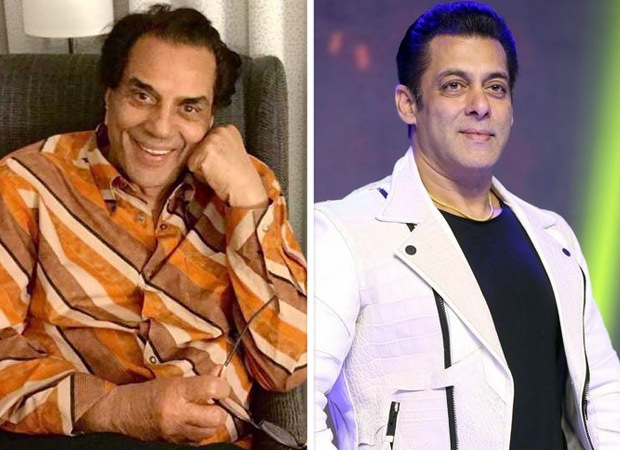 This weekend, Salman Khan will be seen on Ranveer Singh hosted The Big Picture. Many promo videos of this special episode are going viral. In one of the videos, Salman talked about the innocence that Dharam Ji has on his face and that he is the most beautiful man.

After watching the video, Dharmendra could not stop himself from sharing a sweet note for Salman. Sharing the video on his Instagram handle, Dharmendra wrote “Dear Salman, love you for lovely comments about me. I am an old story. You are the most handsome actor in Bollywood. Love you for your simplicity. Jeete raho, always pray for your happy healthy and prosperous life". People are showering their love on Dharmendra’s post and commenting on it. One of the users said, “I’m a huge huge fan of ur and Salman sir".

Many also expressed their feelings through emojis. Salman and Dharam Ji were seen together in the film Pyaar Kiya To Darna Kya. In this film, Kajol was seen opposite Salman. His brother Arbaaz was also in an important role. Now Ranveer Singh too is going to work with Dharmendra. They will be seen sharing screen space in Rocky Aur Rani Ki Prem Kahani.