Aanand L Rai’s upcoming film, Atrangi Re is one of the most-awaited ones as it stars one of the most unusual trio, Akshay Kumar, Dhanush, and Sara Ali Khan for the first time. The stars have been sharing multiple pictures from the sets and have already given a glimpse of what the film will be like. However, the storyline of the film has been revealed unofficially. Akshay Kumar had recently posted a glimpse of his look in the film as a magician to announce that he had wrapped shooting for it. 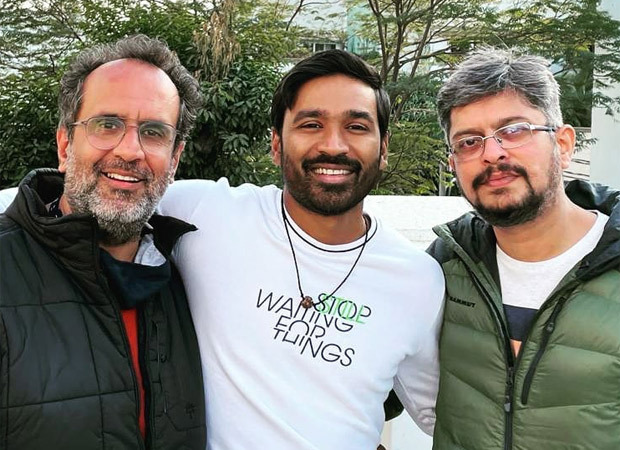 After Akki, Dhanush posted a picture with director Aanand L Rai and Himanshu Sharma to inform his fans that he has wrapped the shoot for the film. Dhanush is seen wearing a printed white t-shirt as he is all smiles in the picture. Atrangi Re has been special for the actors and the trio has clearly had a lot of fun shooting for the film. Sharing the picture, Dhanush wrote, “Atrangi Re wrapped. Thank you @aanandlrai and himanshu. Love you both ❤❤❤”

The actor will soon start shooting for The Gray Man starring Chris Evans and Ryan Gosling and is being directed by the Russo Brothers of the Avengers’ fame.