Karan Johar has been dealing with the word nepotism for two years now. The filmmaker was called the flagbearer of nepotism and movie mafia by Kangana Ranaut on his show, Koffee with Karan. Since then, the filmmaker has been accused of only launching or casting star kids in his films. Now, in 2018, Karan has series of films which have only star kids including Dhadak. The upcoming love story stars Sridevi and Boney Kapoor's daughter Janhvi Kapoor and Shahid Kapoor's brother Ishaan Khatter. As the trailer of Dhadak was released on June 11, the filmmaker talked about how the word 'nepotism' has been misused for two years. 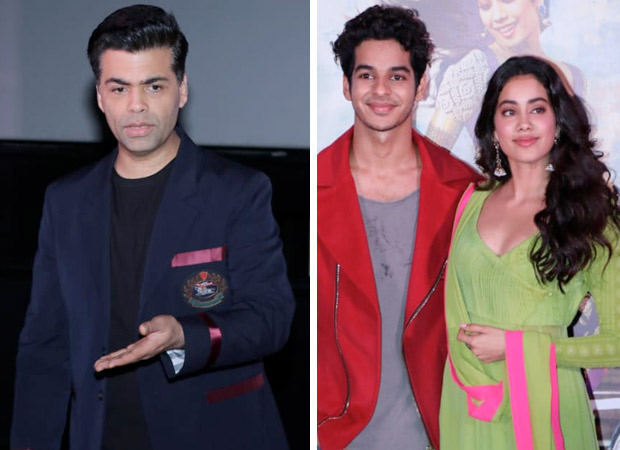 When asked about what kind of responsibility he has as a producer while launching or giving a platform to star kids, Karan Johar said that even though they come from well-known families, they have to eventually make a name for themselves. "They should go ahead of their name and make a name for themselves. This is our responsibility and their responsibility. There is so much talk about the name these days but people forget that behind every name there's heart, hard work, determination, and diligence. It isn't easy to face the camera, audience, and media. It is a difficult job. These are kids and we use the word (like nepotism) which is a season word that has gone around for two years now. I won't use the word as I am again giving a boost to the same concept. I just want to say that people here are not because of that word (nepotism) but due to their hard work," Karan said.

Directed by Shashank Khaitan, Dhadak is Hindi adaptation of Marathi blockbuster, Sairat. The film will release on July 20, 2018.