Vijay Varma and Kareena Kapoor Khan share a great bond as co-stars as the two have shot for their upcoming film Devotion of Suspect X. Both the stars are often seen sharing fun moments on and off social media. 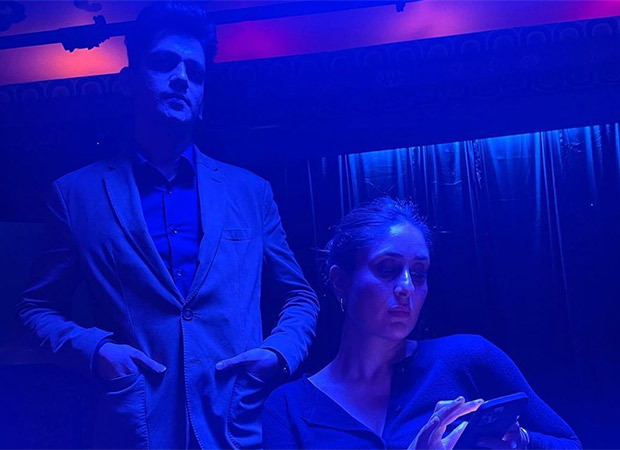 Recently, Vijay Kumar took to his social media and shared a picture of him and Kareena in black-and-white mode. Both the actors can partially be seen as a shadow takes over their picture. Taking to the caption, the actor writes “ Beauty and the beast.
(From left to right) ???? @kareenakapoorkhan #DSX vibe check#SujoyGhosh”

Earlier the two have shared other moments from amidst their shoot, clearly having a fun time together as they seem to share a good off-screen camaraderie. Kareena had shared a video of them enjoying french fries with chaat masala and another time Vijay had shared a reel saying a dialogue of Poo as Kareena appears in the end of it and winks and the two were also seen sitting on the sets together in leaked photos.

While Kareena makes her digital debut with Devotion of Suspect X, Vijay Varma has a lineup of great projects alongside, such as Darlings, Fallen, Sumit Saxena's untitled next, and also Mirzapur 3.

ALSO READ: Vijay Varma gets a peek into Kareena Kapoor Khan’s phone; reveals most messages are from “nawaab sahab and nanny”