It’s been a tragic week. In the last few days, Indian cinema lost two legends – Irrfan Khan and Rishi Kapoor. As tributes have been pouring in for the actors, their families have also shared fond memories of them. Karisma Kapoor remembered her Chintu uncle fondly as the two of them shared a beautiful bond. 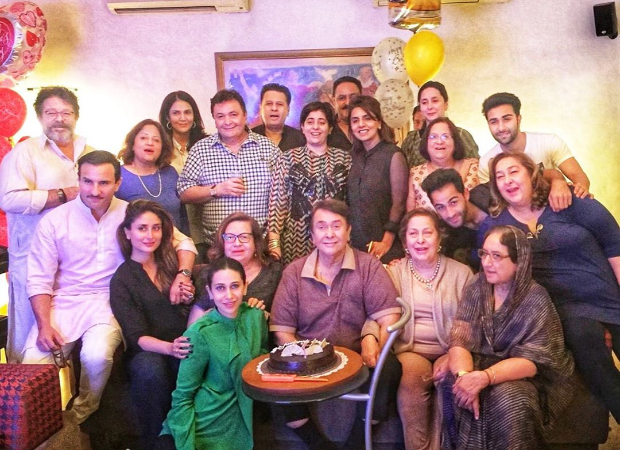 On the day of his death, after the funeral was completed, the actress shared a throwback picture from the time she was a toddler. She was seen standing by her grandfather Raj Kapoor’s side as Rishi Kapoor fondly looked over her. “Always looking over family.. chintu uncle will miss discussing food and restaurants with you.. #uncle #legend,” she captioned the photo.

Always looking over family..???? chintu uncle will miss discussing food and restaurants with you.. #uncle #legend

In a statement, the family said, “He remained jovial and determined to live to the fullest right through two years of treatment across two continents. Family, friends, food and films remained his focus and everyone who met him during this time was amazed at how he did not let his illness get the better of him. He was grateful for the love of his fans that poured in from the world over. In his passing, they would all understand that he would like to be remembered with a smile and not with tears.”

Rishi Kapoor was survived by his wife Neetu Kapoor and kids Ranbir Kapoor and Riddhima Kapoor Sahni. The actor was last seen in a thriller, The Body.