Vicky Kaushal rocked the year 2018 by doing some good work. He is on the cusp of stardom and his charm continues well into 2019 as well with his latest offering Uri: The Surgical Strike. The movie is being appreciated mainly for Vicky’s performance and his powerful bearing as an army officer. On the occasion of Army Day yesterday, Defence Minister Nirmala Sitharaman met the cast and makers of Uri. Director Aditya Dhar, producer Ronnie Screwvala and actors Vicky Kaushal and Yami Gautam were present at the special screening organised for Sitharaman. They met Ajit Doval the National Security Advisor whose character was played by Paresh Rawal in the movie. Ajit Doval was all smiles for the team URI. The team also met General Bipin Rawat. The team flew to meet Ajit Doval who played a pivotal role during the operation and Army Day was the best occasion to mark the meeting.

She took to Twitter to congratulate the team and wrote, “At COAS Bipin Rawat’s #ArmyDay “at home”, with the team of the film #URITheSurgicalStrike. Yet to watch it, but hearing many good things. Kudos, @RonnieScrewvala @AdityaDharFilms @vickykaushal09 @yamigautam for a slick war movie on the spirit of our heroes!#howsthejosh?” 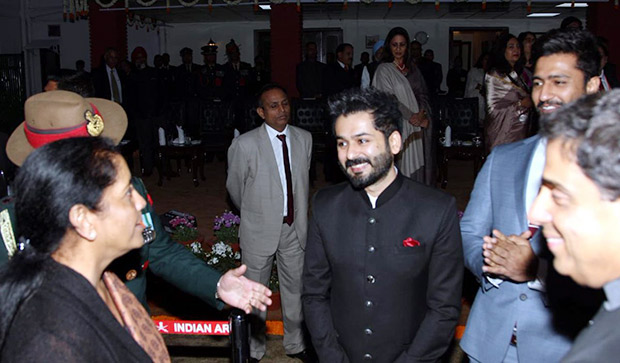 Vicky sure is charting new heights of success after giving back to back smashing performances with Sanju, Raazi and now Uri. He also has some interesting projects lined up. He will be seen in two Dharma Production’s movies soon. He will be seen in a horror comedy with Bhumi Pedenekar in Karan Johar’s untitled project and will be also a part of Takht which again is Johar’s directorial. By displaying awesome range and acting chops, Vicky is one of the most credible stars to look out for in 2019. 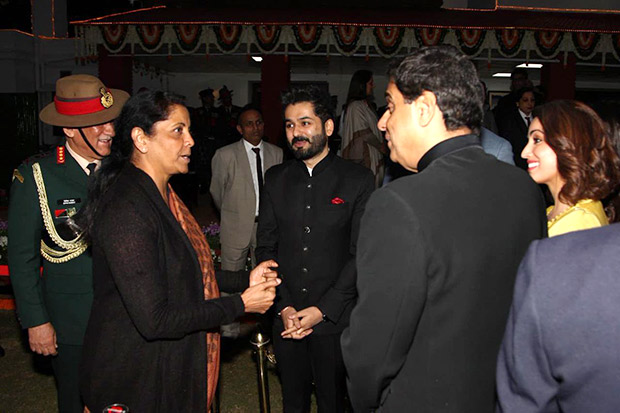 At COAS Bipin Rawat’s #ArmyDay “at home”, with the team of the film #URITheSurgicalStrike. Yet to watch it, but hearing many good things. Kudos, @RonnieScrewvala @AdityaDharFilms @vickykaushal09 @yamigautam for a slick war movie on the spirit of our heroes!#howsthejosh? :) pic.twitter.com/9dvAiQsJNF

Uri is enjoying a good run at the BO as it is one of the earliest films of this year and has already got a great word of mouth.  Uri is running high on Josh and unshakable at the box office with a growing trend every day. Touted to be the first content film of the year, Uri: The Surgical Strike has been winning hearts emerging to be one of the first hit of 2019. The movie is receiving immense appreciation from all quarters right from the Prime Minister of the country Narendra Modi, the men in the uniform, the audience to the members of Bollywood.

Produced by RSVP movies and directed by Aditya Dhar, the film has Vicky Kaushal, Yami Gautam and Paresh Rawal in pivotal roles. Uri: The Surgical Strike has hit the screens on 11th January 2019